Renata Soto, a native of Costa Rica and resident of Nashville, was elected to chair the board of the National Council of La Raza (NCLR) in 2015 after serving as vice-chair since 2012. In December 2016, she also became a Nashville “Indivisible” organizer.

La Raza lobbies for Hispanic racial preferences, bilingual education, mass immigration, and amnesty for illegal aliens. La Raza’s commentary and position statements characterize the U.S. as a nation with widespread white racism and discrimination. The organization has opposed most of the post 9/11 U.S. counterterrorism efforts.

Soto became an Indivisible organizer almost immediately after the election. In her December 2016 opinion piece, Soto invited others to join Indivisible, a campaign intended and designed to obstruct President Trump’s agenda for the nation including enforcing U.S. immigration laws. 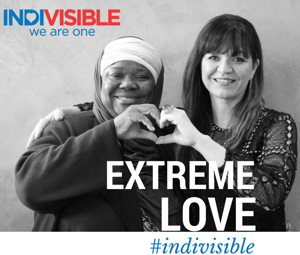 Casa Azafran has been developed to serve multiple purposes including as an Election Commission polling site and housing a Metro Nashville Public Schools pre-K program. It also houses “Resident Partners” the American Center for Outreach and the American Muslim Advisory Council (AMAC). Former CAIR director Paul Galloway serves as the executive director for both organizations.

The TN Immigrant & Refugee Rights Coalition (TIRRC) is also a “Resident Partner” and like Conexion Americas, is a recognized NCLR affiliate.  TIRRC, just like NCLR, has benefitted from Soros funding initially in 2007 and again in 2012 and 2013, received almost $800,000 through Soros front group Neo Philanthropy.

Beginning in January 2017, TIRRC which is registered as a non-profit, projected annual revenue of $1,148,400, including revenue received as acting fiscal agent for three other organization’s projects resulting in an increase of approximately a half million dollars from the previous year.  But for fiscal year 2017, they project expenses that leave them with in excess of $35,000.

TIRRC’s board president, Daoud Abudiab, president of the Islamic Center of Columbia, was co-founder and former c0-chair of AMAC. During TIRRC’s October 2015 convention, Abudiab acknowledged the organization’s collaboration with Black Lives Matter (BLM), to “strategize, dream and build our movement for 2016.”

TIRRC is a community organizer and appeals to groups forming under the Indivisible campaign. On the same day President Trump issued his executive order “Protecting the Nation From Foreign Terrorist Entry Into the United States,” TIRRC in response, issued a call to organize state-wide vigils and rallies and provided a vigil starter kit complete with slogans for signs.

Among the first to respond was Indivisible East Tennessee.

In 2014, shortly after President Obama issued an executive order to expand the DACA program and extend similar protection from deportation to the parents who also entered the country illegally (the DAPA program), he arrived at Casa Azafran to deliver a speech about these actions.

One year later in November, 2015, a federal appeals court ruled against Obama’s amnesty plan and upheld the injunction granted by the lower court; Tennessee was part of the multi-state lawsuit. Because the U.S. Supreme Court was tied, Obama’s amnesty plan remains blocked.

President Trump has repeatedly promised that he will restore enforcing our immigration laws.

Groups that organize under the Indivisible rubric are being led by well-funded and established organizations in Tennessee that oppose President Trump’s promise to restore the rule of law in the United States.