Nashville’s Spirit of America Rally organizers announced exclusively to The Tennessee Star that grassroots superstar Jim Hoft will appear at the event this Saturday, March 4th.

“We are excited to announce that Jim Hoft of The Gateway Pundit will speak at the rally.  His organization has recently been granted White House press credentials to the dismay of the liberal main stream media,” Spirit of American organizer and founder of the Memphis Tea Party Mark Skoda said.

“Jim has made a difference at his conservative news blog with over one million views per day during the election.  And as a new media leader, he is driving the left crazy,” he added. 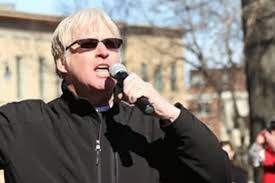 Jim Hoft stated, “I am really looking forward to speaking to the people of the Great State of Tennessee.  President Trump is off to a roaring start and I am proud to stand behind him today as he moves to Make America Great Again.  I plan on making a special announcement at Saturday’s rally!”

“President Trump outlined his results in a few short weeks along with an uplifting and visionary agenda last night.  This rally, coming on the back of that tremendous speech will be even more of a celebration of our President and his administration,” he said.

The agenda includes well-known statewide politicians and activists and represents a diverse set of opinions about the state of the nation and President Trump’s agenda.

“We are excited to have Jim join us and to bring his unique style and knowledge of the new media landscape along with the intimate details of the White House press corps,” Skoda said.

Rally details for this Saturday can be found online at mainstreetpatriots.us and the Spirit of America Nashville Facebook page. All donations collected will be used exclusively for the costs associated to the Rally.