CDE Lightband of Clarksville, the municipal broadband outlet that cost taxpayers $75 million, has had an outage, yet again, as of Wednesday.

The municipal broadband service has had several outages over the past three years, inspiring a public uproar and raising questions about the grandiose claims made by city officials when they approved the network more than a decade ago.

CDE officials said on their Facebook page Wednesday that an outage had occurred and that “engineers are working to resolve as quickly as possible.”

Angry CDE customers, however, responded to that post with the following comments: 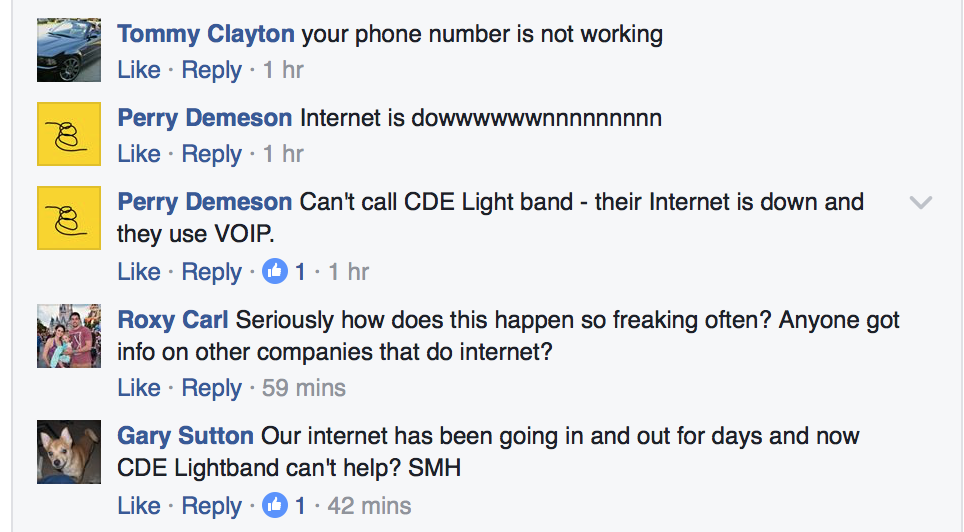 CDE Lightband was supposed to provide local businesses with faster and more reliable web connections than private-sector providers AT&T and Charter, which serve the city of 142,000 that straddles the Tennessee-Kentucky state line.

Voters gave CDE Lightband the go-ahead in a referendum 11 years ago. One major outage occurred on April Fool’s Day one year.