Police apprehended Jason Williams at 4:35 p.m. Tuesday off Whitsett Road in South Nashville after a foot chase through a creek bed and culvert.
Police responded to the area after a citizen on Collier Avenue saw Williams emerge from her home crawl space at 4 p.m. Police spotted Williams as he ran through the neighborhood. He ultimately surrendered and will be booked into jail on charges of especially aggravated rape, aggravated kidnapping and aggravated robbery.

Police are looking for a man they believe to be homeless suspected of brutally raping, kidnapping and robbing a young woman in the Belmont area Monday morning. 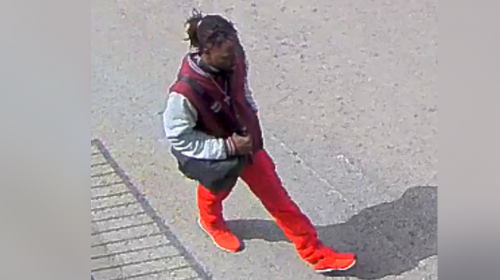 Jason Jarrell Williams, 31, is accused of attacking the 25-year-old victim in her Portland Avenue apartment around 4 a.m., according to a Metro Nashville Police Department news release. The door to her apartment may have been unlocked, allowing him to enter, police say.

Police say Williams inflicted superficial cuts on the victim with what they believe was a razor blade and then repeatedly sexually assaulted her. He later made her leave the apartment and ride with him in her vehicle to a bank ATM where he forced her to withdraw cash. After driving to the Woodbine area, Williams got out of the car and the victim called 911.

Police believe Williams is likely the same man being sought by Vanderbilt University Police for stealing an unattended backpack from the lobby of Wilson Hall on campus last Wednesday. He was reportedly sleeping in the lobby before the theft.

Anyone who sees Jason Jarrell Williams or knows his whereabouts is urged to immediately contact the Emergency Communications Center at 615-862-8600 or Crime Stoppers at 615-742-7463.  People can also send an electronic tip by texting the word “CASH” along with the message to 274637 (CRIMES), or online at www.nashvillecrimestoppers.com.

Earlier this month, a man police considered to be homeless was arrested in the stabbing death of a young nurse in her Wedgewood Park apartment.