Republicans on college campuses might be an endangered species, but there is evidence that they do in fact exist.

Alex Joyner, a junior political science major at the University of Tennessee-Martin, jumped at the chance to help out with President Trump’s visit to Nashville on March 15, according to an article in the student newspaper The Pacer. 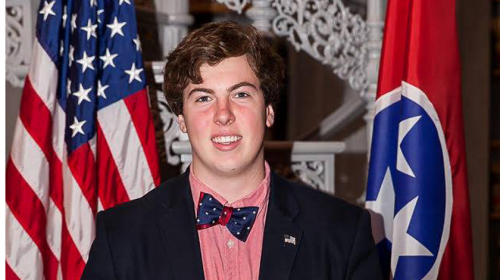 Joyner, who is president of the UT Martin College Republicans and serves as state chairman for the Tennessee College Republicans, was contacted by someone with the Trump administration to see if he would like to volunteer as a driver in the presidential motorcade.

After clearing a background check, he was assigned to escorting Tennessee’s U.S. Senators Bob Corker and Lamar Alexander to The Hermitage, where the president made a visit before his rally downtown. As they passed a pancake place, Joyner joked, “Y’all hungry, you want to stop?” to which Corker said in an aside to Alexander, “Well, senator, I see we have one with a personality!”

Joyner said his respect for the president grew by seeing the thousands of people who turned out for a chance to hear Trump at his rally at the Municipal Auditorium. Not everyone was able to get in. Joyner believes the metal detectors had trouble working at fast speeds.

Later, Joyner drove to Air Force One where he dropped off congressmen for the trip back to Washington, D.C.

Joyner, who is from Paris, Tennessee, told The Pacer that he wants to help other young Republicans develop leadership skills to prepare for an opportunity to one day lead the nation.

“All you have to do is show up and give effort,” he said.