Hello, and welcome to the debut of my column with the Tennessee Star! My name is Patrick Rooney. I’m the Founder and President of GREEK PHYSIQUE™, LLC, and a Certified Personal Trainer through the National Association of Fitness Certification (NAFC).

Through the grace of God, dedication, and knowledge, I’ve recovered from poor health, surgery and injury. And now, well into my fifth decade, I’m in better physical condition today than I was twenty years ago – I can help you do the same.

I grew up taking a particular liking to sports, especially basketball, and an anything-goes playground game of keep-away played on asphalt.

Any kind of quick-turning activity on concrete is brutal on the ankles and I turned, sprained, and otherwise mangled them countless times. I mostly provided my own physical therapy and got back in the game. Looking back, this was my introduction to physical therapy and personal training.

I learned to condition my body to excel at sports, and became fascinated in particular with increasing my vertical leap. At my peak, I could slam dunk a volleyball – not bad for a barely 5’ 10” Italian / Irish (i.e.: white) guy.

I trained my legs running ten flights of stairs after hours at a local hospital with five pound weights strapped to my ankles. I performed jumping squats with barbells, plyometric jumps, and countless explosive squats on a special machine called a “Leaper.”

In high school basketball, I was chosen to guard the biggest scorer on the opposing team. My claim to fame was holding California State scoring champ and future NBA star Leon Wood to an unusually low 19 points in one of our contests. I have to admit to doing more than a little jersey grabbing to accomplish that. 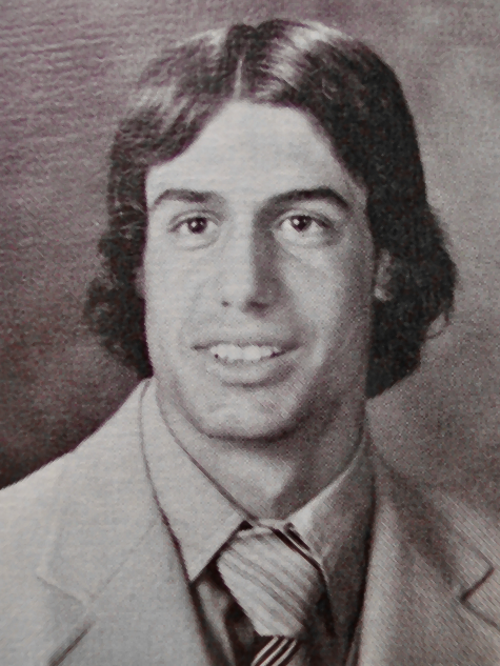 My temper and competitiveness got the best of me during a pickup game one day after I’d graduated high school. In the heat of battle, I leaped high going for a loose ball, and came down hard on my left ankle. The result was a hairline fracture to my foot. My impatience would not allow me to give the foot proper rest and as a result, my foot never regained its proper strength and function – a huge lesson learned. To this day, I am still improving it little by little.

After high school I joined bodybuilding gyms, and loved to hit the iron (still do!). I gained muscle, and eventually was able to bench press 300 pounds (butt off the bench – a cheat – but still not bad at a bodyweight of 178).

This – believe it or not – was just the beginning, and did not nearly prepare me for what was to come later.

At the age of 27, I was drifting in life, and ended up agreeing to let a friend teach me how to roof houses. I hated the work, but kept at it… Until the day I experienced an odd sensation when carrying a load of shingles up a ladder.

For days after that I didn’t feel right, and noticed I was short of breath when attempting to walk even half a block. I finally decided to see a doctor. He did an X-ray, and told me my right lung was deflated thirty five percent! He called it a “spontaneous pneumothorax” but could not tell me how it occurred – just that it tended to happen to thin twenty-something year-old men (like I was at the time).

I had surgery, and post-operation was hooked up to a machine that kept my lung inflated while I recuperated in a hospital bed. Then came the day to remove the hose and “nozzle” from my lung—aaaaaaahhhhhhhh!!! They did the procedure in my hospital bed, and in front of a full room of doctors, nurses, and my fellow patients – I cried like a baby. The pain was excruciating – couldn’t help it.

The technology used for my surgery was great. But the hospital provided no physical therapy, so I was forced to do my own. I returned to practicing yoga first, then incorporated other disciplines such as Egoscue, Callanetics, and Pilates. I came a long way back.

Years later, the right lung collapsed again! I had to go through the same process again, and once I gained some strength, added bodyweight exercises and kettlebell work.

Along the way, I dealt with chronic fatigue, digestion and skin issues. These I’ve overcome primarily through dietary changes, and sometimes much patience. 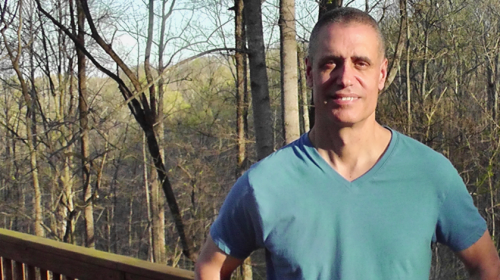 Recovering from poor health, overweight, surgery, and injury certainly wasn’t easy, but it was so worth it. I am truly in better physical condition now than I was in twenty years ago. This is the way I have developed into an expert in physical fitness–through hard experience, and well-earned knowledge.

I decided to start a company, GREEK PHYSIQUE™, LLC, that does for our clients what I’ve done for myself. We bring strength, a toned, proportional physique, and mobility back to those who thought they were gone forever. It’s an amazing feeling.

In this column, I will help you cut through the jargon and complexity in the ever-expanding world of fitness and nutrition to help you see your way clear. We’ll explore both ancient wisdom, and cutting edge strategies to help you attain the best health of your life. I hope you’ll join me.

Patrick Rooney is the Founder and President of GREEK PHYSIQUE™, LLC, which specializes in functional body sculpting for men and women in Middle Tennessee and worldwide via phone and Skype. Patrick is Certified through the National Association of Fitness Certification (NAFC).