Earlier this week the House Republican Caucus Chair Rep. Ryan Williams (R-Cookeville) conducted a secret poll of the House GOP Caucus members to gauge support for the Haslam “Tax Cut Act of 2017.” Williams distributed popsicle sticks to members of the Caucus for them to cast their votes in favor or opposition to the bill as it currently stands. The Tennessee Star has obtained a copy of the Williams vote tally, which shows a clear majority of the Caucus poised to vote against the IMPROVE Act “Tax Cut Act of 2017” that was passed out of the Finance Committee yesterday by voice vote. 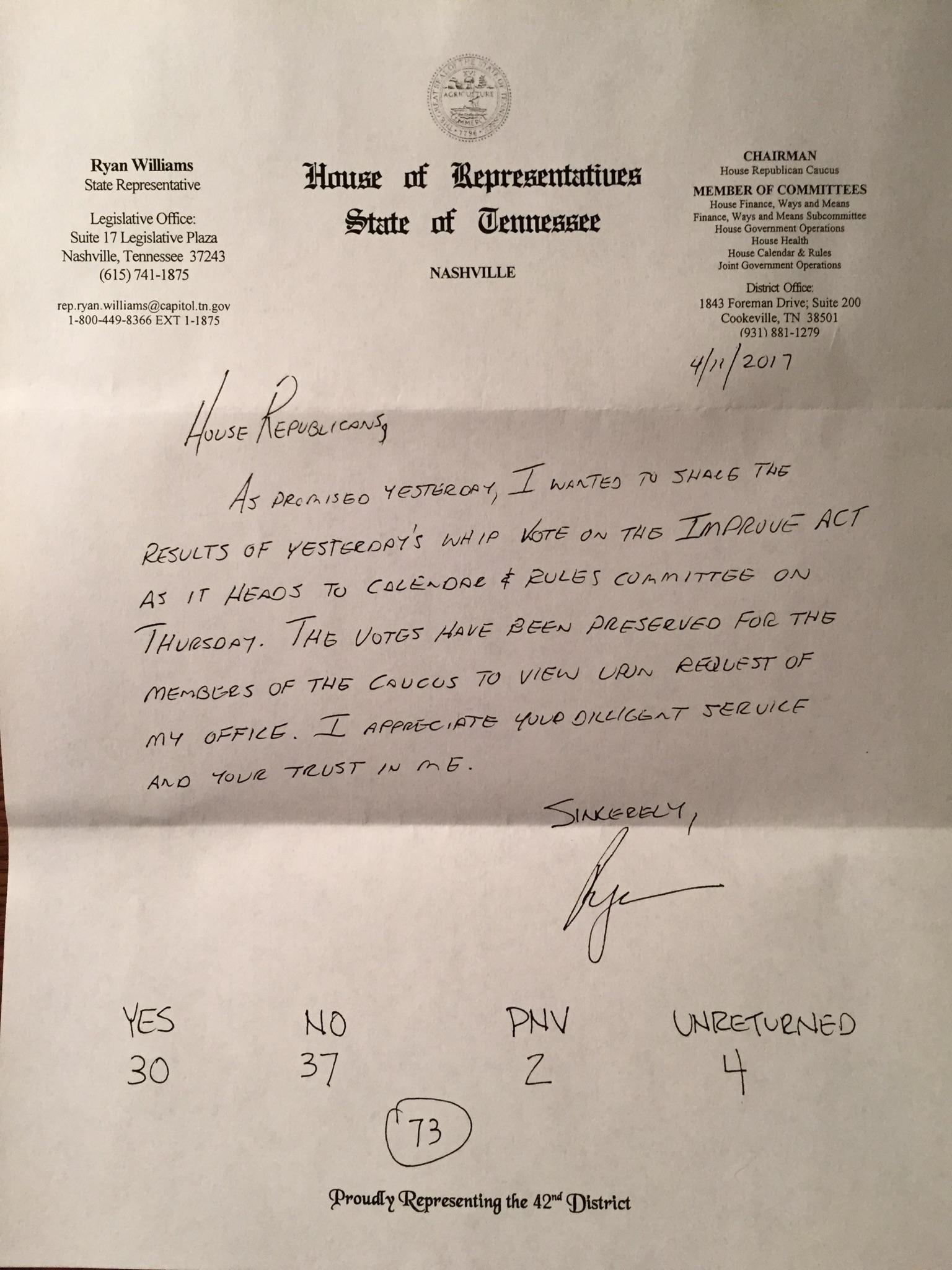 The “secret” vote among the Republican Caucus members revealed that there are currently 37 “no” votes, 30 “yes” votes, 2 “present and not voting”, and 4 popsicle sticks that were not returned. The GOP Caucus is currently comprised of a total of 73 House Members.

Passage of the “Tax Cut Act of 2017” on the House Floor will require 50 votes. Therefore, if the numbers revealed in the secret vote tally hold, Governor Haslam will have to secure the votes of almost the entire Democratic Party Caucus to pass his tax plan, particularly if he wants to ensure a relatively safe margin.

In a handwritten note addressed to House Republicans dated Tuesday, April 11, State Rep. Ryan Williams (R- ), Chairman of the House Republican Caucus told his colleagues that they had voted against Gov. Haslam’s gas tax increase by a 37 to 30 margin in Monday’s secret ballot Whip vote.

“As I promised yesterday, I wanted to share the results of yesterday’s Whip Vote on the “Tax Cut Act of 2017″ as it heads to Calendar and Rules Committee on Thursday,” Williams wrote.

“The votes have been preserved for the members of the caucus to view upon request of my office. I appreciate your diligent service and your trust in me,” Williams added.