The House Finance, Ways and Means Subcommittee shot down the bill on a voice vote. 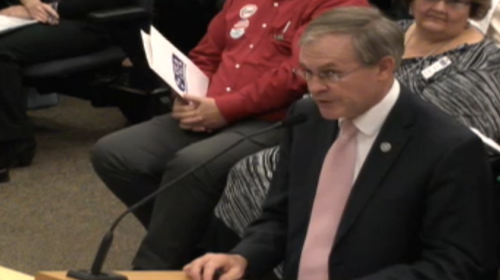 Rep. Bill Dunn (R-Knoxville), who sponsored the bill in the House, told the committee before the vote that “some districts are picking winners and losers” and that this legislation “levels the playing field.” The bill was sponsored in the Senate by Sen. Dolores Gresham (R-Somerville).

The bill was promoted by Professional Educators of Tennessee (ProEd), an association that is not a union and does not endorse political candidates.

Some districts do allow payroll deductions for organizations other than TEA but policies across the state are “inconsistent and arbitrary,” Audrey Shores, chief operating officer for ProEd, told The Tennessee Star on Tuesday.

Automatic payroll deduction is often a preferred way of collecting membership dues because it is easy and convenient and allows teachers to spread out payment over the entire year.

Besides TEA and ProEd, other unions and organizations in Tennessee include the American Federation of Teachers, Christian Educators Association International, American Association of Educators and in Memphis only, the Memphis-Shelby County Education Association.