Kentucky Gov. Matt Bevin has signed two bills into law emphasizing that the Bible is welcome in state schools, the Baptist Press reports.

This week the Republican governor signed legislation allowing students to take Bible literacy as an elective. Last month, he signed a bill clarifying that students can express religious and political viewpoints in K-12 schools and colleges. 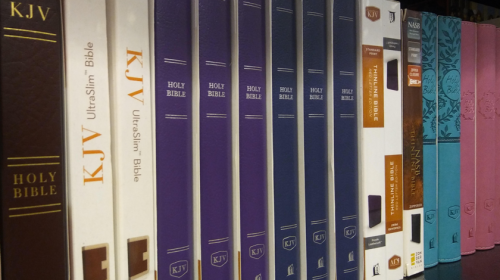 Bevin had declared 2017 the Year of the Bible.

A Republican state senator sponsored the legislation about expression after a Johnson County elementary school took out biblical references from a presentation of Charlie Brown’s Christmas Carol. There are already rights in place for religious expression, but the law is intended to clear up misunderstandings on the part of some teachers and administrators.

As for Bible literacy classes, some schools already offer them but the law will offer more protection.

C.B. Embry, a Republican state senator from Morgantown, was quoted by the Baptist Press as saying that children need a basic understanding of the Bible.

“I don’t think there is another document in the history of our culture that has had more impact on our culture, our society or our values than the Bible,” Embry said.

Even most of the Democrats in the Republican-led Senate backed the measure.

Elected governor in 2015, Bevin “grew up in an old farmhouse where his family raised both crops and animals,” says his bio on his government website. “His family of eight shared three bedrooms and one bathroom. It was a financially humble home but he was raised with a strong work ethic and solid Christian values.”