The Education Administration and Planning Committee passed the proposed legislation on a voice vote. Supporters attending the meeting clapped after the vote was taken.

The measure is in response to a school bus crash in Chattanooga in November in which six children were killed and dozens injured. Bus driver Johnthony Walker was charged with vehicular homicide. Police say Walker was speeding when the bus crashed into a tree and flipped over. The seat belt bill is sponsored by two Chattanooga legislators, JoAnne Favors, a Democrat in the House, and Todd Gardenhire, a Republican in the Senate. 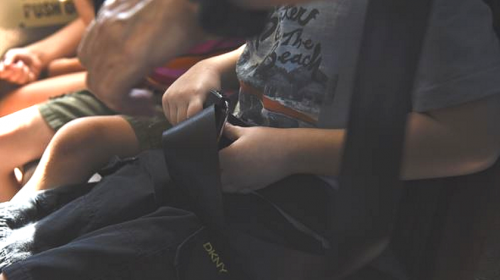 The amended bill would require buses purchased starting July 2019 to have seat belts.

During a discussion before the vote Tuesday, Rep. Craig Fitzhugh (D-Ripley) said the bill is “a long time coming.”

“We are buckled up everywhere,” he said, adding that school buses should be no different. Downplaying concerns that young children might not be able to unfasten their seat belts in an emergency, Fitzhugh said his three-year-old grandson can work himself out of his car seat restraints in “a New York second.”

But opponents of the bill worry that it wouldn’t be that simple in every case. Rep. Terri Lynn Weaver (R-Lancaster) recalled a time when her grandson, then in second grade, couldn’t undo his seat belt and was in a panic, not because there had been an accident but simply because he didn’t want to be left behind as others exited the vehicle. Weaver said the bill is based on emotion and wouldn’t make good policy.

Weaver said last week that bus drivers in her district have told her they are against the legislation. After Tuesday’s meeting, Favors told the media that she has heard from three or four bus drivers who are against the bill but that many other people are in favor of it.

Rep. Ron Lollar (R-Bartlett) said a better response to the Chattanooga bus crash would be to ensure that districts have quality bus drivers. He noted that there had been previous problems with the driver in the Chattanooga crash but the company the district contracted with kept him behind the wheel.