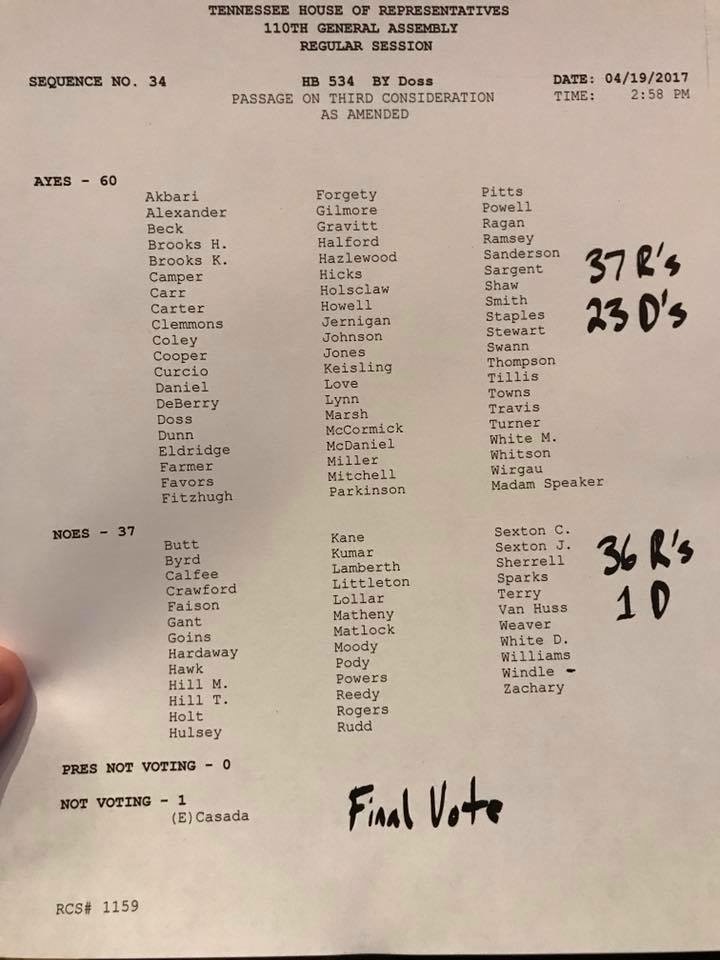 Governor Haslam’s , “Tax Cut Act of 2017,” which will increase the gas tax by 6 cents per gallon and the diesel tax by 10 cents per gallon passed the Tennessee House of Representatives late Wednesday in a 60 to 37 vote.

Thirty-five Republicans and 2 Democrats voted no. (Note: The count in the image on the right, provided in real time to The Tennessee Star by a source on the floor of the House, miscounted one Democrat as a Republican.)

Speaker Beth Harwell (R-Nashville) was among the Republicans who voted yes.

The State Senate is almost certain to pass a similar version of the bill, which will then go to Conference Committee to iron out any minor differences.

Gov. Haslam is then expected to sign the final bill into law.