An amendment by State Rep. Charles Sargent (R-Franklin), a motion to adopt the  “Tax Cut Act of 2017,” HB 534, passed the Tennessee House of Representatives Wednesday afternoon in a 61-35 vote.

This was a preliminary vote prior to the anticipated final vote on   “Tax Cut Act of 2017,” which is expected to come late Wednesday.

A full list of the 34 Republicans and one Democrat who voted no was compiled by reporters for The Tennessee Star on the scene (click at the bottom to see the second page):

Twenty-three Democrats voted for the motion to adopt, along with 38 Republicans.

The House subsequently voted on an amendment proposed by State Rep. David Hawk (R-Greenville) that would substitute a reallocation of sales tax for the gas tax increase, which failed by a vote of 38 in favor to 58 opposed.

You can see the vote tally on the Hawk amendment here: 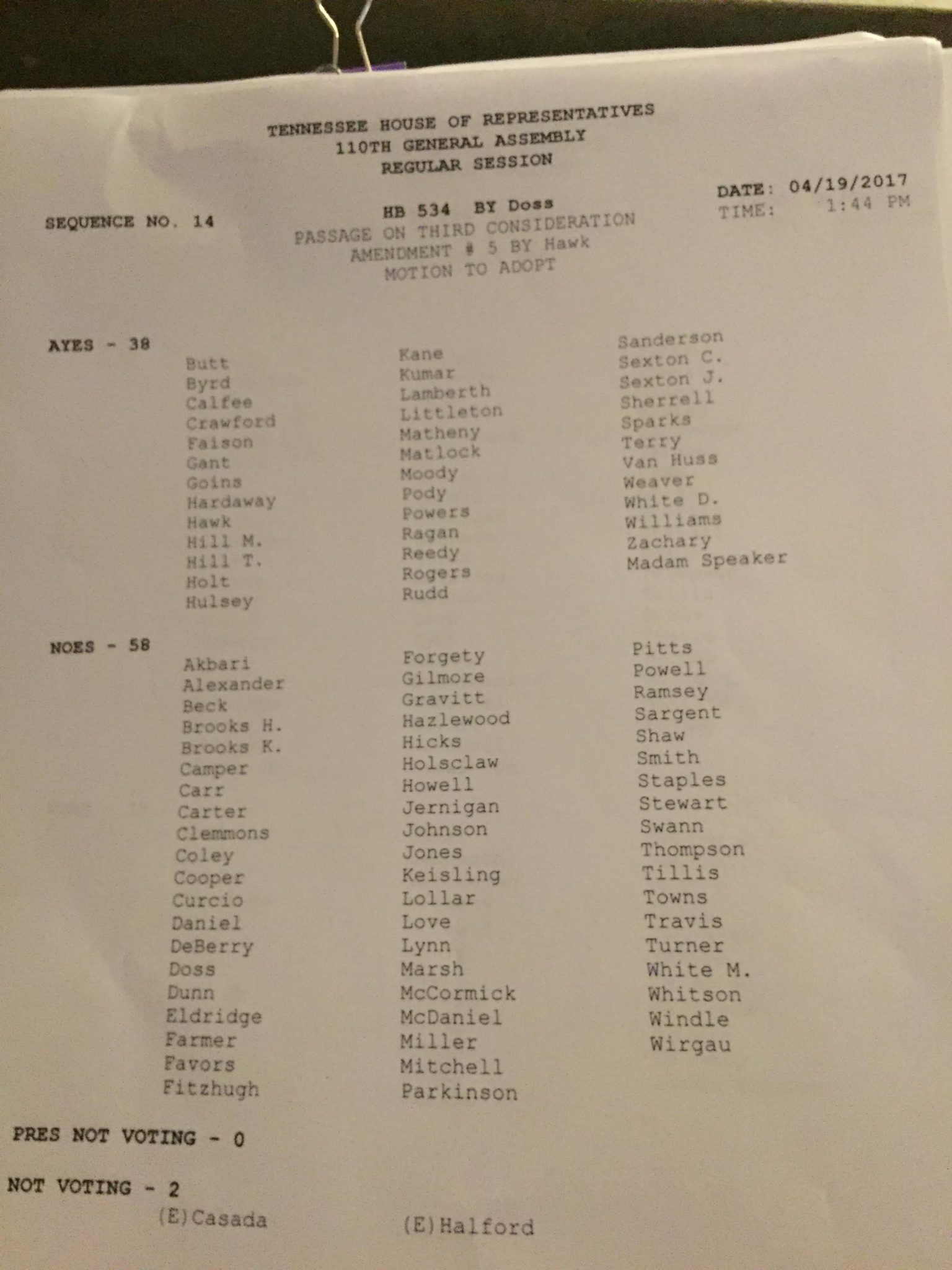