As the House sponsor of the Tax Cut Act of 2017 (HB 534), State Rep. Barry “Boss” Doss (R-Leoma) was well versed on all of the related subject matter and respectful throughout his long and challenging sales pitch for Governor Haslam’s IMPROVE Act to the various committees and on the House floor.

There were, however, several things Rep. Doss got wrong.  And, as former Majority Leader Gerald McCormick (R-Chattanooga) said several times through the process, “You can have your own opinions, but you can’t have your own facts.”

Here are the top six things Boss Doss got wrong: 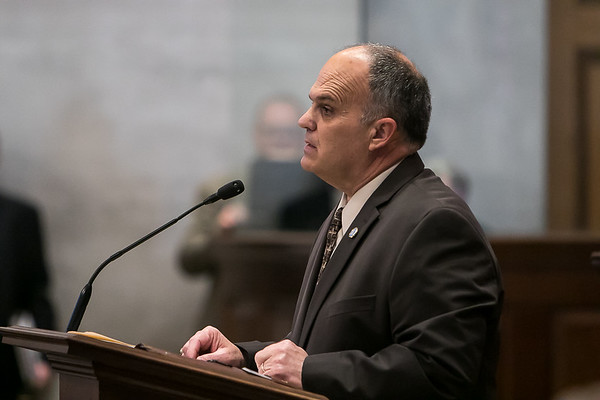 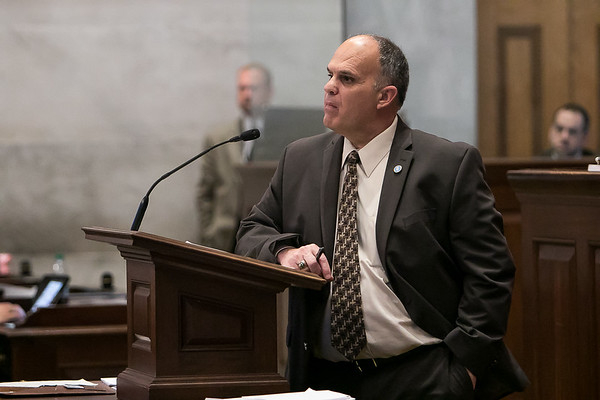 Fewer people in a household lowers the impact of the food tax cut.

According to the United States Department of Agriculture “Cost of Food at Home at Four Levels,” a moderate plan for 3 people would have a monthly cost of $750.36.  With a one percent cut in the food tax, that would be a savings of $7.50.

Regarding the gas tax increase, the Transportation Coalition of Tennessee, a 30-plus member lobbying organization that supported the gas tax increase, prepared a “sell sheet” to promote it.  That sell sheet states, “put in perspective, each 1-cent-per-gallon increase in the gasoline user fee would cost the average driver $7.50 annually.”

Result:  No net savings to the individual taxpayer from the one percent grocery tax savings versus the gas tax increase.

Items not included in the equation above are the impact of the increased cost of all goods due to the diesel tax increase or the impact of not eating at home.

Eating out, versus home cooking, reduces the impact of the grocery tax cut.  According to the well-known dining-out reviewer, Zagat Report, “The State of American Dining in 2016,” surveyors average eating out 4.5 times per week.

While it is not clear if the eating out was done by individuals or the household, the dining out statistic could represent as much as 21 percent of meals not eaten at home and, therefore, not realize the benefit of the grocery tax savings. 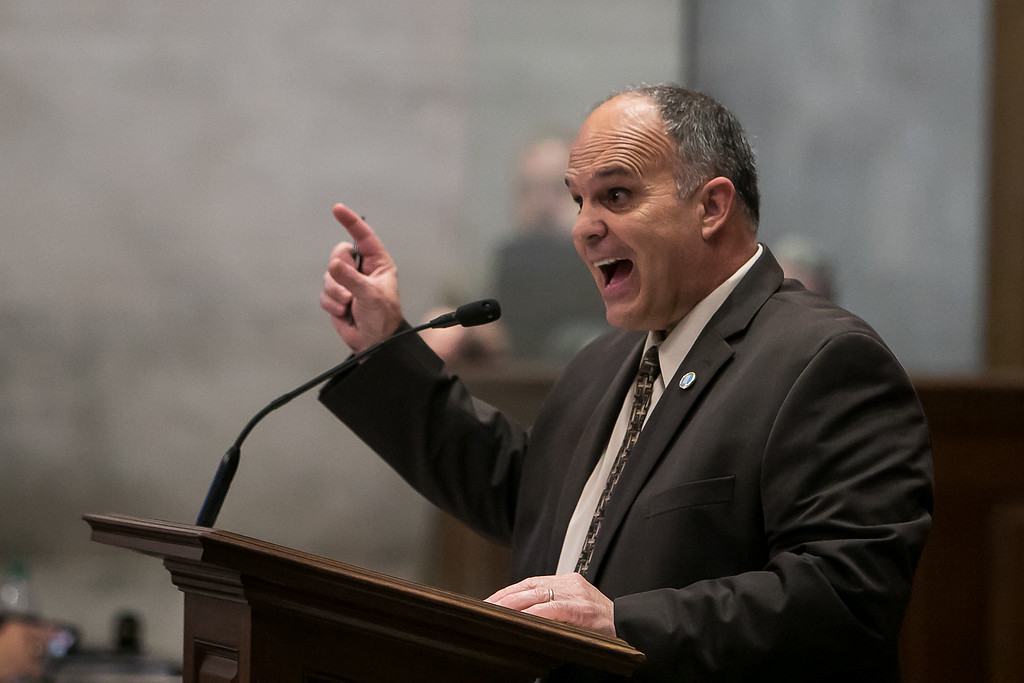 According to TDOT’s own information on their “SPOT” webpage – Statewide Project Overview Tracker – only 154 of the 962 projects, or 16 percent, are identified as “backlog.”  Those 154 projects total $4.8 billion of the $10.5 billion total, or 45 percent.

As previously reported in The Tennessee Star, TDOT’s report of the backlog in November 2015, just over a year prior to the list provided to accompany the IMPROVE Act, was $6.1 billion.

Included in the current $10.5 billion project list is $46 million for “Intelligent Transportation System,” otherwise known as “distracted driver programs,” with overhead LED messaging signs and cameras.  Also included in the current project list is the renovation of 8 tourist Welcome Centers and Rest Areas for a cost of $28 million with no explanation of why those costs wouldn’t come out of the tourism portion of the General Fund.

The IMPROVE Act allows TDOT to change the list of projects, and there are no reporting requirements in the IMPROVE Act for the legislature to be able to evaluate the success of the project’s intended objective. 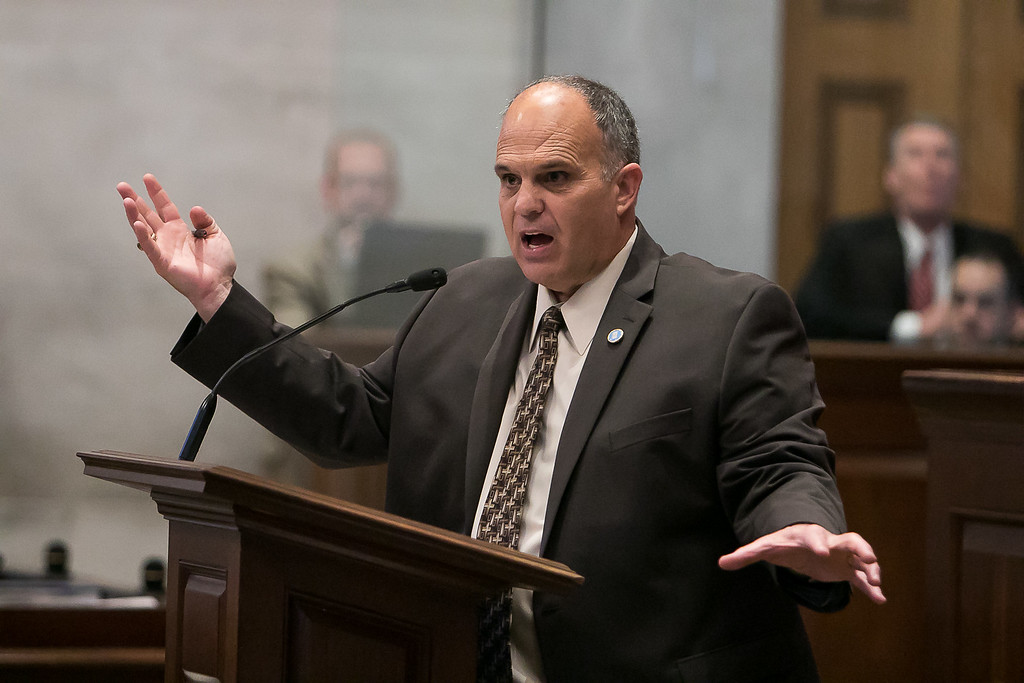 A) All of the “user fees” paid by Tennesseans do not go to the Highway Fund, as previously reported by The Star.

State law, the relevant sections of which are cited in each year’s budget documents (Pages A-76 to A-87, PDF Sheets 108 to 119 of 558), mandates that portions of the “user fees” be diverted to the General Fund, as follows:

– all of the motor vehicle title fees go to enforcement action against odometer fraud and debt service for State Parks capital projects.

With a General Fund that has had record receipts and surpluses and a transportation infrastructure that is a supposed priority, these diversions could remain in the Highway Fund and be funded from the General Fund.

B) The Tennessee Comptroller of the Treasury Offices of Research and Education Accountability published a report titled, “Tennessee Transportation Funding:  Challenges and Options” in January 2015.

Since 1956, the cumulative ratio of receipts versus payments is 1.04 meaning that for every $1 Tennessee taxpayers paid in, the state of Tennessee received $1.04 back.

C) Truckers pay the diesel fuel tax through IFTA – International Fuel Tax Agreement.  Through the IFTA, member jurisdictions act cooperatively to administer and collect motor fuel use taxes based on fuel burned in a state not whether fuel was purchased within the state.

D) For the potential to capture the unpredictable non-trucking out-of-state drivers, Tennesseans will bear the continual financial burden of the increased gas and diesel taxes.

5. Referring to the $113 million cut in the Franchise & Excise (F&E) taxes to certain manufacturers, “I am convinced that will make us much more competitive to recruit industry which will create more jobs for the common person back home which will raise wages …” 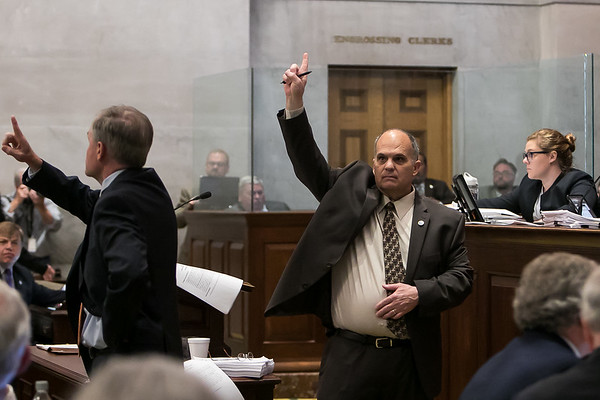 As reported by The Star, a Comptroller’s Office audit showed that TNInvestco has recovered just $5.3 million of taxpayers’ $200 million investment.

Regarding the economic development program, FastTrack, the audit report also showed that of the six companies audited for wages, five reported average wages less than what they committed to on their FastTrack grant application.  One company’s average wage for new hires was 42 percent of its promised wage.

The audit found that reporting from FastTrack grant-recipient employers was inconsistent and unenforced, making it difficult to determine if the actual jobs created met the contractual agreement.

If the track record of companies participating in the documented economic development programs is any indication, the F&E change will be another $113 million tax break on the backs of individual taxpayers.

6. “The bill that we passed last year says we intend to cut the Hall Income Tax one percent for the next five years.  But, the bill doesn’t hold us to that.” 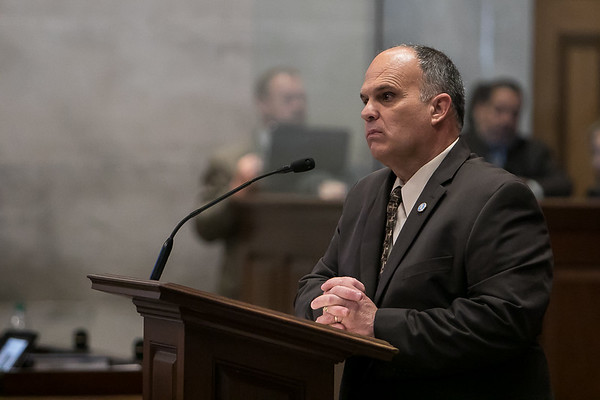 To say that the use of the word “intent” in the bill doesn’t mean the legislature is bound to reduce the Hall Income Tax one percent annually would likely be an unpleasant surprise to the voters who supported 2016 legislative candidates based on their “intent.”

Governor Haslam’s inclusion of the annual Hall Income Tax cut within the IMPROVE Act as an offset to the gas and diesel tax increases amounts to his taking credit for the cut that he was opposed to in the past and casts doubt on the “intent” of the legislature.

BONUS:  From the House floor on April 19, Rep. Doss said, “I got to thinking yesterday, I was so proud as a young child when JFK said, ‘Ask not what your country can do for you, but ask what you can do for your country.’” 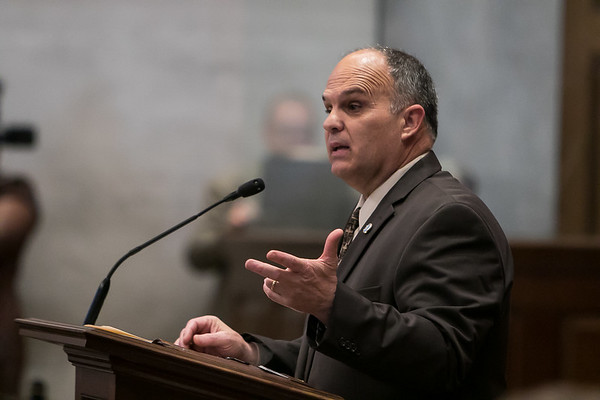 Barry Jay Doss, born on March 26, 1962, as reported in the Tennessee Blue Book, was not even born when John F. Kennedy made that now-famous statement during his inaugural address on January 20, 1961.

Editor’s Note:  This is not intended to be an all-inclusive list.