At Performance Studios in Nashville, business was brisk in recent weeks for Darth Vader costumes and light sabers to get ready for the big day. 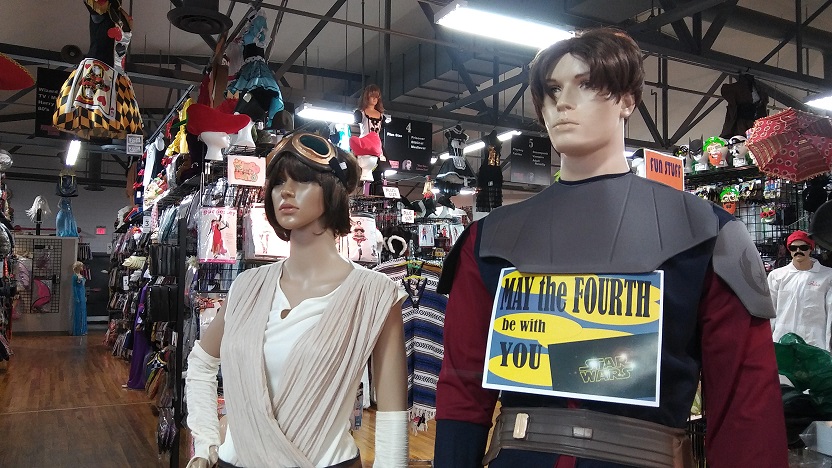 The big day was Thursday – Star Wars Day. When May 4 rolls around on the calendar, fans of the movie series say “May the Fourth be with you,” in a play on the series’ catchphrase, “May the Force be with you.” And they feel they must dress for the occasion for parties and special events.

Gary Broadrick, president of Performance Studios, has done marketing for Star Wars Day for the past four years. His biggest draws are high-end rentals for Darth Vader, Stormtrooper and Chewbacca costumes. He also sells Jedi robes and Princess Leia wigs.

“Who would have thought a play on words would create a celebrated day?” Broadrick said Thursday at his store on Thompson Lane, standing feet away from two mannequins sporting Star Wars apparel. 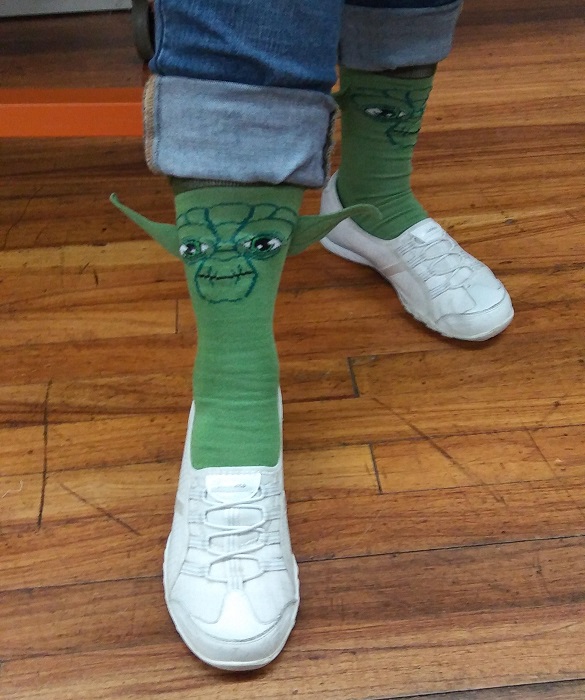 Star Wars Day was the creation of fans, not of the movie franchise itself. Broadrick thinks it has taken off in recent years because its fan base crosses generations with fans of the original movies in the 1970s and 1980s and fans of the newer ones.

“Now you have a parent and child invested in the same thing,” he said.

T.K. Kelly, a costume rental associate at Performance Studios, was wearing Yoda socks, a gift from her husband.

“I think it’s fun,” she said of the new tradition. “Life needs more fun things. Why not celebrate things that are fun?”

That’s the thinking of promoters of Revenge of the Fifth. Fifth sounds like Sith from Star Wars: Episode III – Revenge of the Sith. So May 5 is a day to fully embrace the dark side and dress as some of the series’ more dreadful characters.

But Friday is also Cinco de Mayo, and those looking for something lighter might opt instead for a margarita.