Thursday on the House floor, between recesses where Republicans were presumably working out their differences over parts of the budget, and working their way through a pile of amendments to HB511, Democrat Rep. Craig Fitzhugh, the House Minority Leader, went to bat for a third time to secure a pot of recurring education money to be used at the discretion of local school districts. 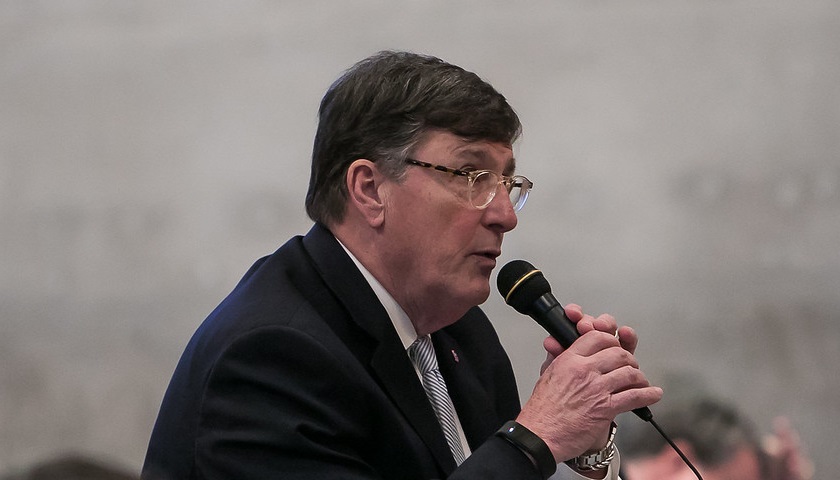 Fitzhugh opened his remarks by acknowledging a “rumor” that the Democrats had cut a deal with Governor – gas tax votes for the education slush fund, but he denied that there was any quid pro quo agreement.

The starting bid for Fitzhugh’s proposed K-12 Block Grant Act was $500 million which he admitted was “ambitious.” It was then reduced to $250 million which he admitted was also “too much.” The new amount introduced in Amendment #7 to the budget, was further reduced to $150 million, money that Fitzhugh said would go to all the state’s public schools, poor and rich alike.

Appealing to his House colleagues to pass his amendment, Fitzhugh said that approving the block grant funds that would be held in a trust fund would help get around the Copeland Cap problem.

Fitzhugh closed his remarks stating, perhaps to the consternation of members who voted against the gas tax, that the Governor had no objections to the plan.

Harwell miscalled the vote saying the Amendment had failed but corrected herself recognizing that the K-12 Block Grant Act passed by a single vote, 40 – 39. 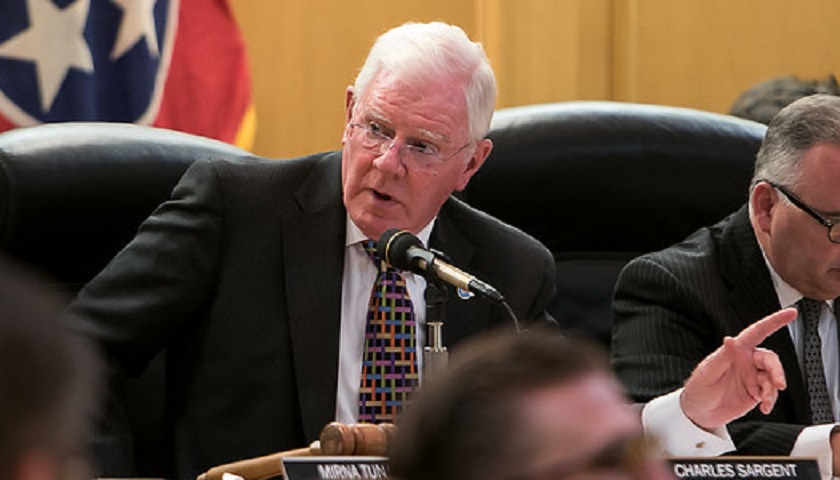 Immediately after the Amendment was declared passed, Rep. Charles Sargent, a member of the General Assembly since 1997 and Chairman of the House Finance, Ways and Means Committee since 2011, and House sponsor of the state budget, whose choice of words and tone appeared to reflect the tension and disagreement in the Republican caucus over the budget, stated that he did not make a deal with the Democrats.

However, he openly accused those members of the Republican caucus who voted to add Fitzhugh’s K-12 Education Block Grant to the budget, of having made a deal with the Democrats, a vote that was now recorded and would soon be posted on the General Assembly website. Before Speaker Harwell cut him off, Sargent, referring to the state’s constitutional requirement that the General Assembly pass a balanced budget said that “this budget is so far out of balance, that I will not be voting for it…it is not a Constitutional budget.” (emphasis added)

Rep. William Lamberth who referred to the “secret meetings” immediately countered Sargent and said that he would vote for the budget while Rep. Glen Casada, noting that even if he didn’t like everything that was in the budget, it would “keep the government running next year” and if the House would pass it, they could “send it to the Senate and see what they do.”

This last remark got an interesting response from Fitzhugh, who appealed to his colleagues that if they voted to pass the budget, that “we’re gonna stick with it if it comes back from the Senate with things stripped out.”

Casada subsequently stated that his quick consultation with the Comptroller confirmed that the budget could be considered constitutional because there are extra reserves to fund it.

The House failed to adopt the budget with 41 voting no and only 28 voting yes with 1 present not voting but will reconvene this morning at 9:00 am to try again.