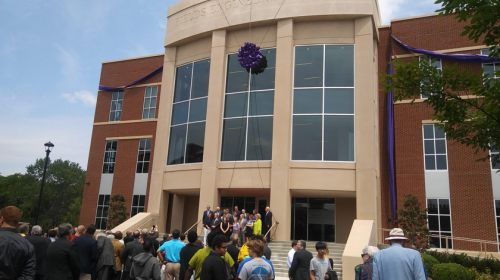 Lipscomb University on Thursday dedicated a new engineering building designed to usher in a bright future for engineering students.

Bright being both literal and metaphorical.

“The best thing is we’re not in a basement anymore,” rising junior Azriel Achterbosch told The Tennessee Star.

Before construction of the three-story Fields Engineering Center, students took classes in the basements of two other buildings on campus. They were able to move into their new digs in January even though the formal dedication wasn’t until Thursday.

In her comments during the dedication ceremony, rising senior Cailey Cline spoke of “the simple joy of seeing the outside world from my lab station.”

Though a small Christian liberal arts college, Lipscomb has started to gain recognition for its engineering program. School officials hope the 200-student program will double in size in the new building, which they see as a selling point for prospective students visiting campus. 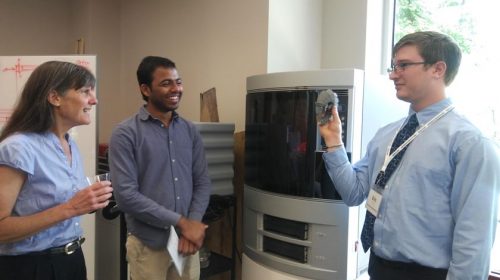 Founded in 1891, the school has offered entry-level engineering courses since 1938, but didn’t begin to offer engineering degree programs until 2000. The school now offers undergraduate programs in civil, electrical and computer, and mechanical engineering.

The new building is named for retired ExxonMobil executive Charles Fields and his wife Margaret. Fields graduated high school from Lipscomb Academy in 1964. Knowing he wanted to be an engineer, he went to college at Vanderbilt because Lipscomb University was still decades away from having its own engineering program.

At the time he retired in 2006, Fields was executive vice president of ExxonMobil Development Co., which plans and executes all major oil and gas developments for the corporation. He was with ExxonMobil for 38 years.

Fields spoke briefly at Thursday’s ceremony, as did ExxonMobil Production Co. president Neil Duffin, who flew in from Houston, Texas, for the event. A native of Scotland, Duffin spoke about the challenges facing engineers today with volatile markets and growing demands to protect the environment.

School officials who spoke at the ceremony were like kids at Christmas as they enthused about the new building.

“This event even motivated me to clean up my office,” said engineering dean Justin Myrick.

After the outdoor dedication ceremony, guests were invited inside the building to tour the classrooms and mingle with faculty and students.