Our country is in trouble, and so are our churches. 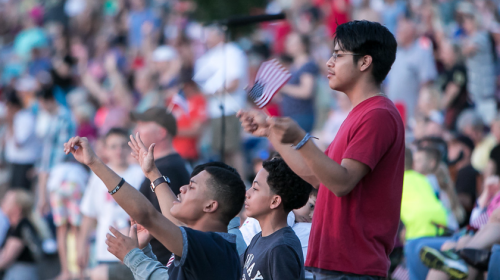 That was the message Franklin Graham delivered Thursday evening in Clarksville. He pulled no punches in describing how Christians have compromised with a corrupt culture instead of adhering to Scripture and being a godly influence.

“Many Christians in today’s churches are in a spiritual fog,” he said. “But they don’t know it. They’re being blinded by this godless corrupt culture of tolerance and political correctness.”

The elder son of famed evangelist Billy Graham, Franklin Graham is president and CEO of Samaritan’s Purse and the Billy Graham Evangelistic Association. He was in Clarksville as part of his Decision America Tennessee Tour. Graham is Southern Baptist but reaches across denominational lines. 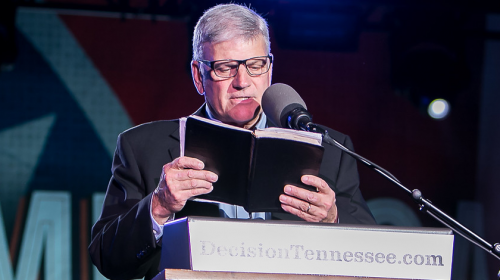 While he does not endorse candidates and is critical of both major political parties, Graham encourages political involvement and is seen as sympathetic toward conservative politics. He has spoken out against Islam and in defense of President Trump’s efforts to restrict immigration from some Muslim-majority countries, positions that have drawn criticism from secular liberals as well as Christians who promote a softer stance. He also is criticized by some Christians for linking patriotic and spiritual themes, though others respond favorably to his calls for America to be a nation with a strong Christian character.

Graham’s speech in Clarksville was focused on Christian living and what Christians should do to live more Bible-centered lives. Christian singer-songwriter Jeremy Camp gave performances before and after his speech.

Christians today think God wants them to be happy, which becomes happiness on their own terms instead of joy rooted in Scripture, Graham said, adding that it turns into a license to sin.

“If you’re living in sin, you’re going to suffer serious consequences and also those around you. Innocent family members and others get hurt.” 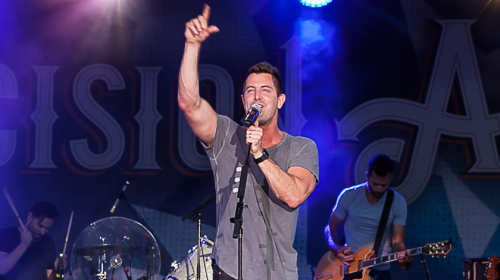 Graham continued, “If you’re that person trying to live your life without paying close attention to God’s plan, you might be about to crash and I don’t want that to happen to you. A warning can save you before you crash.”

Graham railed against sexuality immorality, greed, pride and ingratitude. He called homosexuality and same-sex marriage sinful. And he warned against getting caught up in “perverted” TV shows and movies and pornography.

Many Christians are living lives that are no different than those of nonbelievers, Graham said, when the Bible instructs Christians to live in a way that sets them apart from others.

“Many Christians have lost their holiness and purity in their own personal lives,” he said. “You have to take sin seriously because there is a judgment.”

But Graham also said there is love and security to be found in God for those who turn to him. 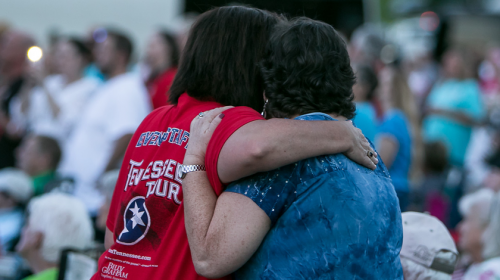 Graham led a time for prayer during which he encouraged people to confess the sins of the nation and personal sins. He also prayed for government leaders.

He named abortion and same-sex marriage as national sins to repent of today, and named slavery and cruelty toward Native Americans as sins of the past along a lengthy continuum of national wrongs.

Graham said there is more acrimony today in Washington, D.C., than in his younger years, when politicians were better able to put aside their differences when necessary for the sake of getting along.

“Washington is in turmoil,” he said. “The division between the political parties is incredible today. There is an anger and a bitterness.”

There’s only one answer, he said.

“Only God can heal that.”