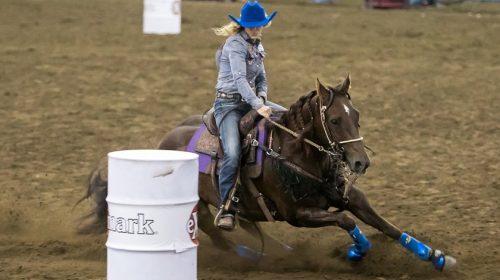 Jennifer Arnold started riding horses when she was eight years old. Not long after that, she saw her first barrel race at a rodeo in her native Mississippi.

“I was completely mesmerized,” she recalled in an interview with The Tennessee Star.

Right then and there, she decided that’s what she wanted to do.

Arnold got involved in high school rodeos and today, at 33, travels the country competing in rodeos. On Friday, she had the fastest time in the barrel race at the Franklin Rodeo at the Williamson County Ag Expo.

Arnold, who calls Murfreesboro home today, is a self-confessed speed demon who says she’s in it for the adrenaline rush.

Last year was Arnold’s rookie year on the rodeo circuit but already she has been racking up wins. She gives credit to her horse, Smart Lil Spade, or Spade for short. 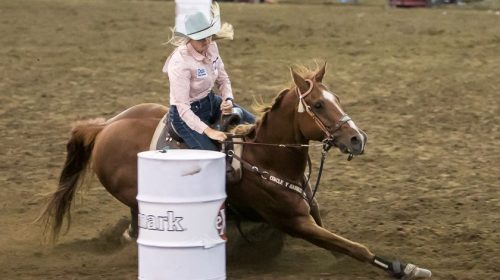 At rodeos, barrel racing is strictly a women’s event. In the competition, women one by one race their horses around the arena, quickly maneuvering around barrels set up along the way.

Laurie Cooper from Humboldt in West Tennessee also competed in Friday’s barrel race. At 52, Cooper has been riding in rodeos for around 30 years. Her horse is named Takin On Fame, but also is called Gabby.

Cooper grew up on a farm in Wisconsin, where she became used to being around horses. Cooper says she loves the excitement of the rodeo and getting know other competitors from across country as they travel together on the circuit.

The 68th annual Franklin Rodeo ended on Saturday night, but the 69th annual rodeo is now only 364 days away.