With all the noise Democrats have made since Donald Trump first won the Republican presidential nomination and then pierced the “blue wall” to prevail in last November’s election, you would think the new president’s most dangerous adversaries reside far outside his own Republican Party circles.

Not true. Though it certainly can be argued Democrats and their singular focus on “resistance” and hill-to-die-on opposition (using Russia as a prop) represent Trump’s largest obstacles to realizing his agenda – and therefore making America great again – there’s perhaps an even stronger case to be made that his most menacing foes are seated in the chairs next to him when he negotiates legislative details with GOP leaders in Congress.

Whereas the media made a great deal of hay over the principled objections of the conservative House Freedom Caucus during the weeks preceding the vote on the revised American Health Care Act, the real antagonism – at least from a political standpoint – stemmed from the “moderate” gaggle known as the GOP Tuesday Group.

These are the fifty or so Republican “centrists” who have become media darlings because of their eagerness to do the bidding of the Democrat leadership and defy Trump publicly because of their supposed desire to protect the entitled in their districts. These spineless pols cite political reasons for voting against conservative proposals, claiming they’ll lose their seats should they step over the line of blowing a hole in big government. They beg for sympathy for their tenuous political plight, being forced to cope with an unpopular president in a swing district.

Tuesday Groupers are afraid they’ll be tossed out of office next year if they don’t “resist” in some form or fashion.

They’ve always been a tight-knit bunch, sticking together and doing the bidding of the House GOP leadership without censure or special highlight from the media. But there are signs the group’s solidarity might be breaking.

Al Weaver of the Washington Examiner reports, “Members of the moderate Republican Tuesday Group are trying to figure out how to move forward after Rep. Tom MacArthur, R-N.J., resigned as co-chairman early last week, which has caucus members wondering how they can flex their muscles in future battles, particularly over the budget and tax reform…

“…Although he remains a caucus member, MacArthur lamented that others are not willing to negotiate with other factions of the party.

“’I don’t know,’ MacArthur told the Washington Examiner when asked what’s next for the group. ‘I made an effort to have group be more relevant, have more impact as a group. Different members want different things. You can’t lead people where they don’t want to go. I just came to the conclusion that, for me, I don’t want to change who I am. I’m going to keep negotiating with everyone, that includes the Freedom Caucus, and there are members who just don’t want to do that.’”

MacArthur’s transgression in his fellow centrists’ eyes was his leadership in proposing an amendment to the original failed version of Ryancare that would allow states to opt out of some of Obamacare’s oppressive coverage mandates. States could do so in order to stabilize the insurance market, helping insurance providers remain profitable and therefore continue to service their citizens.

MacArthur’s plan would theoretically also lower costs for the vast majority of people buying health insurance because they would no longer be compelled by law to purchase plan provisions they didn’t want or need such as pregnancy coverage for single men or for couples past childbearing years.

Lowering costs is precisely what the conservative Freedom Caucus members wanted out of the Obamacare repeal discussions. The mushy moderate Tuesday Group leaders, except for MacArthur, of course, refused to even talk with the conservatives. They’re all members of the GOP House majority and yet there’s one faction that outright refuses to work with another to forge an intra-party compromise.

I’ve said before – Tuesday Groupers are little better than Democrats. They appear to see themselves in a similar light as well.

In Weaver’s article, for example, “centrist” leader Rep. Charlie Dent took exception to the notion that his group was no longer running the show, saying, “’We’re completely relevant. We’ve always been relevant because we’re the governing wing of the party. Our leadership needs us to get anything done,’ Dent told the Washington Examiner. ‘Anytime they need to get something done of consequence, we’re the people that are seen as the ones… leading the coalition to enact these types of measures. That’s always the case. So we’re extremely relevant and they need to pay attention to us.’”

Translation: moderates are the watercarriers for the establishment. They’re the ones who put the brakes on any conservative efforts to shrink the size of government; they’re the people who enable leaders like Paul Ryan and John Boehner to run with their tails between their legs over to Nancy Pelosi to beg for votes to pass bloated omnibus spending bills that include taxpayer money for things like Planned Parenthood and Obama’s refugee resettlement program.

“Turncoats” is perhaps too kind a word for these losers. They’re saboteurs; they’re Democrat wolves in Republican sheep’s clothing; they’re contemptible. They lie to the voters, promising Obamacare repeal and tax reform while driving a wedge in the gears of real change the whole time. 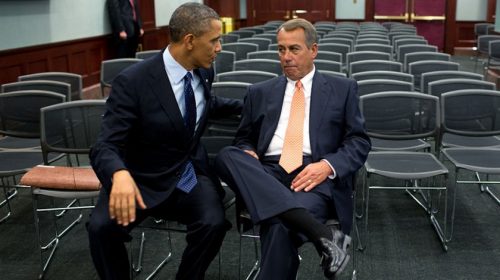 Good for MacArthur; he recognized the writing on the wall and did something about it. We can only hope more of his Tuesday Group compatriots will follow suit, though I’m not betting on it. Now that President Trump has returned from his first state visits abroad focus will return to domestic matters and Congress will actually have to do something other than talk about Russia and Trump’s issues with the intelligence community.

One thing Trump and all Republicans should deal with immediately is concentrate on getting more names put forward to fill judicial vacancies.

Ryan Lovelace of the Washington Examiner reports, “Some conservatives say the confirmation process for lower court nominees is moving much too slow. A source familiar with the judicial selection process who advises the White House said Trump has signed off on ‘dozens’ of nominees to the lower courts but has not sent them over to the Senate, where the lack of action on pending nominees has become a problem…

“[C]onservative legal scholars have begun openly discussing the possibility that Senate Republicans should scrap or modify the ‘blue slip’ tradition to bypass expected Democratic obstruction and confirm Trump nominees. Under the Senate’s blue slip procedure, a state’s senators are consulted by the White House before a president nominates a judge from that state, regardless of party affiliation, explains a Congressional Research Service report detailing the blue slip policy. The home-state senators then have the opportunity to block a nominee from getting a Senate Judiciary Committee hearing and vote.”

Lovelace’s article makes it sound like the vacancy-filling problem is two-fold: Senate Republicans blaming Trump for not sending over nominees quick enough and two, the prospect of Democrat stonewalling once the names get there.

The Trump administration’s struggles with personnel have been well documented so it’s no surprise the White House is having trouble passing along enough nominees to run the confirmation gauntlet and fill the more than 100 open federal court seats that are currently dragging down the system. 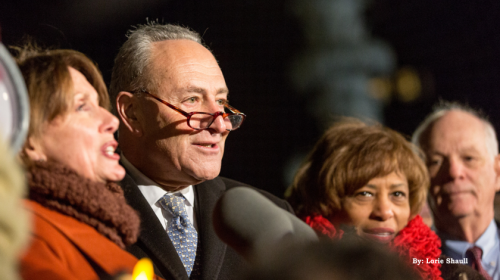 But the obstacles facing nominees once their papers reach the Senate should not be underestimated. Democrats demonstrated just how willing they are to obstruct Trump’s judicial agenda through their over-the-top protestations during Justice Neil Gorsuch’s hearings which ultimately ended with Senate Republicans nuking the filibuster power for Supreme Court nominations.

The “blue slip” mentioned above is yet another quirky Senate tradition that has outlived its usefulness. Can you imagine having to obtain the go-ahead from Senators Dianne Feinstein and Kamala Harris to pass through a Trump judicial nominee from California?

The “blue slip” is just a means for scruples-free Democrats to try and dam-up the process, formulated at a time when senators actually took their roles humbly and seriously and generally passed through nominees based on a belief in the constitutional framework of checks and balances. Back then there was a great deal of deference afforded to the executive in making nominations.

Those days are gone. The new reality is “resistance” from the left.

And in the case of the squishy “moderates” of the Tuesday Group, plenty of obstruction awaits from the establishment center as well. The resistance to change isn’t always partisan and ideological; Trump and conservatives face an uphill battle to truly drain the swamp in Washington.

Reprinted with permission from ConservativeHQ.com.