When Heidi Shafer moved to Memphis in 1987, she couldn’t tell local politicians apart.

Everyone, Republican and Democrat, was against crime and for the children and for education. Their campaign literature did little to distinguish one from the other. 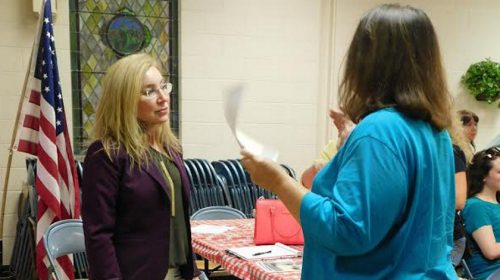 “Everybody sounded the same,” she recalled in an interview Wednesday with The Tennessee Star.

Her frustration would one day motivate her to get involved to find out what was really going on. She began helping out with grassroots conservative campaigns, charting a path that eventually led to her bid to serve as a Shelby County commissioner.

First elected to the county commission in 2010 and re-elected in 2014, Shafer is currently the only woman on the 13-member board and also is among a conservative minority. Her second four-year term ends next year and Shafer, bound by the commission’s term limits, is thinking about what she wants to do next. She is seriously considering running for the Tennessee General Assembly.

Her fellow commissioner Terry Roland, also a fellow conservative, hopes that Shafer makes it to the Capitol.

Shafer, 51, has become known for fighting for lower taxes and greater government accountability. A student of ancient history, Shafer also espouses lessons learned from Friedrich Hayek’s The Road to Serfdom. Democratic government won’t last long if it becomes so big that it exists to serve itself, Shafer said.

“Government is supposed to work for the people,” she said. 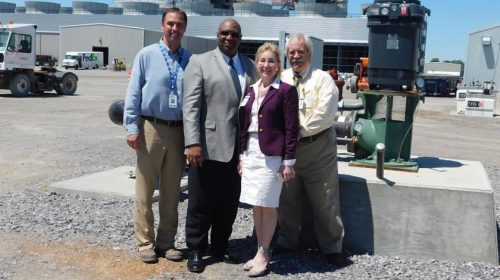 Shafer grew up on a farm in Nebraska, where she attended Lutheran schools and imbibed traditional Midwestern values. She also was influenced by the referendum-friendly political scene, which was one way people enforced a system of checks and balances.

After graduating with a bachelor’s degree in education from Concordia University in Seward, Nebraska, Shafer moved to Memphis to be a kindergarten teacher at Christ the King Lutheran School, where she worked for four years.

Shafer met her husband in Memphis and together they have a 19-year-old daughter who is studying biochemical engineering at Christian Brothers University. After the birth of her daughter, Shafer began serving on numerous boards and committees at her church and in the community. She later began working in the business world and is currently the chief operations officer for The Skin Clinics and chief marketing officer for the Flinn Clinics. 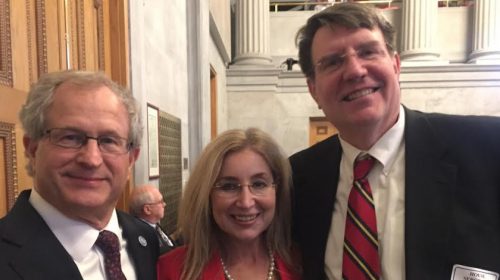 Shafer began making a name for herself in Memphis in 2001, when she led a drive for a referendum on a bond issue to pay for an arena to attract the Grizzlies basketball team. Although the referendum was not to be, the threat of one led to revenue bonds and not general obligations bonds being used to fund the project. That meant local government could not raise property taxes. Instead the FedExForum has been funded with seat use fees, car-rental sales tax, NBA-related sales taxes and other revenue streams.

One of her proudest accomplishments as a commissioner was helping oversee a property tax decrease in 2014 when she was budget chair. Although it was only by one cent, Shafer viewed it as an accomplishment given how Shelby County liberals want to keep driving taxes up. Shafer said they mistakenly believe higher taxes help people in lower socio-economic groups. Shelby County has the highest cumulative tax rate – taking into account both county and city taxes – in the state, she said.

As for education, Shafer was in favor of municipalities breaking off from Shelby County Schools several years ago to form their own school districts.  “The school system was too big to be effective,” she said. 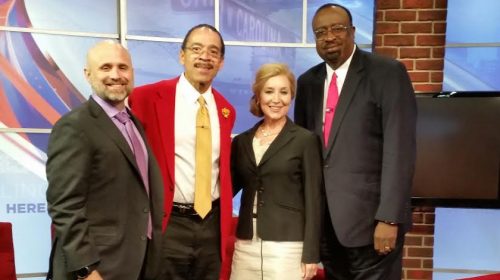 Shafer supports Innovation Zone (iZone) schools as a way to turn around underperforming Shelby County schools. She also supports charter schools but only if there is clear oversight. When that’s lacking, Shelby County should be able to reclaim those schools, she said. Shafer is even more concerned about vouchers, which allow students to attend private and religious schools using taxpayer dollars. Vouchers invite interference by the federal government into how those schools can operate, she said. The state legislature this year deferred a bill on vouchers to next year, marking the seventh time proponents have failed to get a voucher program going.

Shafer, who attends Trinity Lutheran, a historic church in downtown Memphis, said her faith influences her politics and how she collaborates with others, including those across the aisle. Most of the other Shelby County commissioners are Christians and she sometimes gets together with them to pray for God to guide their decisions, especially on difficult issues. “It’s been one of the of the unifying factors,” she said.

Roland, her fellow commissioner, said Shafer has integrity, determination and good business sense – qualities that are needed in the state legislature.

“She’s somebody who is as honest as the day is long,” Roland said. “She really cares about her constituents. And if she believes something, she won’t back down.”