Politicians in Washington, D.C., didn’t learn from the mistakes of TennCare when they approved Obamacare, but Congress today has an opportunity to create a “a patient-centered, community-driven health care system,” U.S. Health and Human Services Secretary Tom Price said in Nashville on Tuesday.

Price, who was in town for the first-ever Health Summit organized by Healthy Tennessee, said President Trump backs reform. 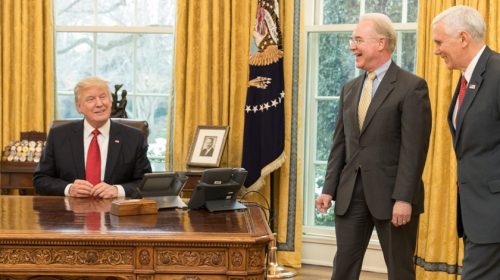 “The president cares deeply about this,” Price said. “He’s talked often with me about the conversations that he had on the campaign trail.”

Price recounted how TennCare spiraled out of control in the 1990s with skyrocketing costs and reduced access to care and quality of care. But lessons were learned and Tennessee succeeded in restructuring the program to target those most in need, transforming it into one of the strongest state Medicaid programs in the country, Price said.

“It turned those mistakes into a national program,” Price said.

The House last month approved a measure to repeal and replace Obamacare and a bill is now before the Senate.

Price is an orthopaedic surgeon who served as a state senator in Georgia and as a congressman in Washington, D.C., before being appointed by Trump to his current post. He said Tuesday that as a physician, he understands the importance of the doctor-patient relationship and the fact that people with the same diagnosis don’t necessarily need the same treatment because they have unique medical histories. Those are factors that others in political life don’t readily consider, he said.

“In a country as large and diverse as ours, trying to run a national health care system from the capital city, let me suggest to you, is a prescription for failure,” he said.

Under Obamacare, people across the country have seen both their premiums and deductibles skyrocket. They’re finding that they’re paying more, but getting less, Price said.

Over the past four years, premiums in Tennessee have risen even more than the national average. In 2013, Tennesseans paid on average $213 a month through the individual market, but today pay $587, Price said. That leaves a lot less to spend on rent or on buying a house or car, among other things, he added.

The health summit, which continues Wednesday, is being held at the First Amendment Center at Vanderbilt University. A nonprofit that focuses on preventive care, Healthy Tennessee offers educational opportunities and and sponsors health fairs with free health screenings by doctors and nurses. The summit this week is an effort to bring together health professionals, insurers, employers and legislators to develop ways to better address health needs in Tennessee. 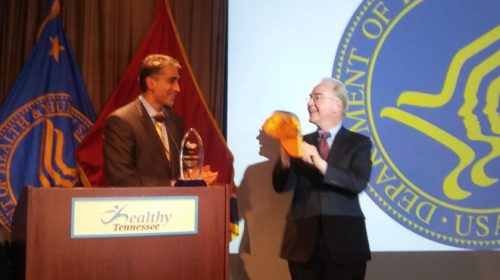 Even if politicians in Washington, D.C., succeed in replacing Obamacare, there is still much that people will need to do on the local level and in their own lives. Tennessee has persistently ranked in the bottom 10 states in health outcomes.

Tennessee health commissioner John Dreyzehner, who spoke before Price, said many health problems in the state are the result of behaviors and choices. The “big four” are obesity, tobacco use, physical inactivity and substance abuse, he said. Price had similar words of caution in his speech.

“If we look at the adult population across the Volunteer State, 11 percent have diabetes, 33 percent have hypertension, about the same share are obese, and heart disease is the leading cause of death,” Price said. “And with one of the highest rates of childhood obesity in America, there’s a good chance that improving health and wellness in Tennessee will get harder before it gets easier.”