The Trump Administration is building a solid record strong appointments and nominees for the some 4,000 positions every new President must fill.

In addition to those, the Administration is moving forward to seat a number of judgeships – the ones President Obama and his team were not able to pack with far-left ideologues.

The Times Free Press is reporting State Senator and Majority Leader Mark Norris (R- Collierville) is in the process of being vetted for one of those positions: 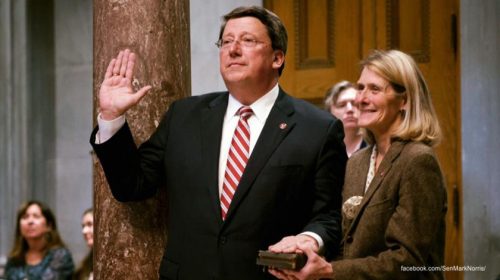 Two Republican sources said FBI agents had asked them about Norris as part of the customary background check for federal judicial nominations.

And a former state legislator said two local law enforcement chiefs in his former West Tennessee district told him they had been contacted about Norris as well.

It’s unclear whether any other attorneys are undergoing background checks for the two vacant federal judgeships in the Western District.

As The Star has reported, Norris is also considering a campaign for the Republican nomination for Governor of Tennessee in 2018, but he has made no announcement.

The recent Tennessee Star Poll of likely Republican primary voters showed that Norris was in last place among seven announced or potential candidates for governor, with 2.5 percent of the vote. None of the other candidates, however, had more than 10 percent support.