This weekend in Nashville, something happened that has never happened before. CMAFest, Bonnaroo and the Stanley Cup Final all occurred at the same time.  The first two were planned, but the final came as a little bit of a surprise. 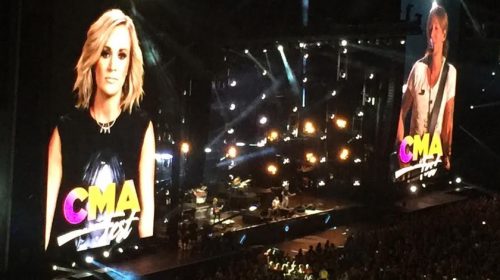 Beginning musicians just starting out to the most famous who are selected to sing at Nissan Stadium are proud to be a part of this historic festival each year. 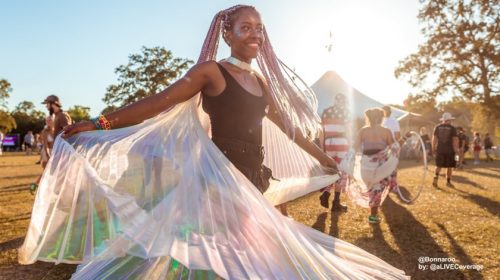 Sixty-three miles southeast off I-24, the legendary rock event, Bonnaroo, was occurring at the exact same time as CMAFest.  Bonnaroo is also a four-day musical and arts event on a 700-acre farm in Manchester, Tennessee.

Bonnaroo started in 2002 to immolate the feel of the 1960s and 1970s rock concerts like the original Woodstock. The word “bonnaroo” is a Creole slang word meaning “a really good time.” This year was no exception as the famous band, U2, headlined the concert performing on Friday, June 9.  Also headlining were the Red-Hot Chili Peppers, Lorde, Chance the Rapper, and Travis Scott to name a few.  Well over 50,000 people attended Bonnaroo.

To this already exciting mix, add the Stanley Cup Final.  The fifth game of the final occurred June 8 in Pittsburgh and was streamed at both the CMAfest and Bonnaroo.  Predators’ jerseys were the most popular item worn at both events.  Then on the last day of the CMAFest, the Predators played in game six on Sunday, June 11 at Bridgestone right across the Cumberland River from Nissan Stadium. 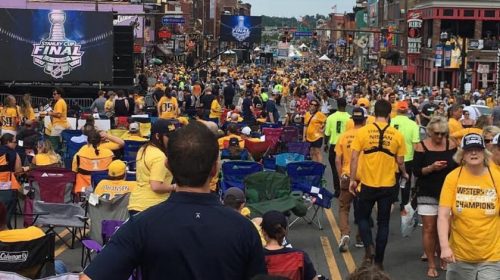 Faith Hill sang the National Anthem while superstar Carrie Underwood cheered on her husband, Predators’ team captain, Mike Fisher.  The Predators’ game was live-streamed at Nissan Stadium.  Country Music stars who had to perform that night watched backstage as the Predators lost in the heartbreaking final, 0-1.  Most every other country star was at the game.

Although many of visitors were disappointed in the outcome of the Stanley Cup Finals, from stage Keith Urban congratulated the Penguins and stated how “truly proud” he was of the Nashville Predators.  Sunday night’s CMA host, SiriusXM, The Highway’s Storme Warren thanked the visitors for coming stating that “Nashville is the best city in the world.”  The city of Nashville, county of Davidson, state of Tennessee and especially all the law enforcement personnel certainly should be proud for pulling off such unprecedented weekend where fun was had by all while keeping everyone safe.

Bethany Bowman follows Country Music and is the entertainment writer for the Tennessee Star.