Bavarian Bierhaus at Opry Mills opened in April, but this week the restaurant marks its official opening with four days of festivities that kick off Thursday. 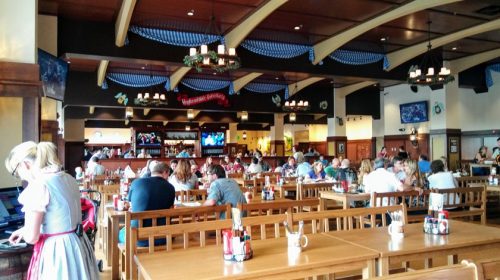 The cavernous restaurant was built to resemble a Munich beer hall, with room for more than 500 people inside and seating for 120 outside. The restaurant includes a large bar area and also a small market with food products, beer steins and clothing items.

Thursday’s festivities include a ribbon cutting at 3:30 p.m. and a keg tapping at 6 p.m. with an appearance by former Miss America 2016 Betty Cantrell, who competed as Miss Georgia. There also will be a free pig roast buffet.

At 8 p.m. on Friday and Saturday, there will be a beer stein lifting competition and traditional dancing by the Orlando Trachtenverein Schuhplatters.

On Sunday for Father’s Day, there will be free beer for dads and live music. 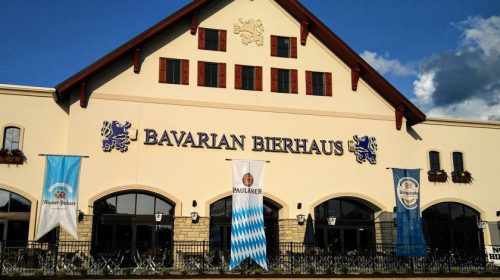 Business manager Brian Kehl said he’s been getting good feedback and already has repeat customers, some coming three times a week. One adjustment he’s had to make is fixing the sound system, as there were problems with having conversations when a band was playing.

“We’ve redone the stage area,” Kehl said. “We’ll have it ready for our grand opening.”

The restaurant has a family-friendly atmosphere, with children as well as adults invited to try their hand at playing an instrument to accompany band performances. There’s also room for patrons to dance in front of the stage.