The Metro Nashville school board is supporting Metro government’s proposed “sanctuary city” policy despite a growing chorus of opposition. 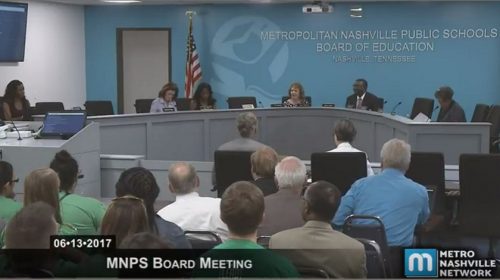 The board sent a letter to the Metro Council this week encouraging passage of the ordinance, which was approved on a second reading Tuesday and will be up for a final vote next month. The ordinance would restrict local cooperation with federal immigration officials.

“We celebrate the diversity in our schools and want them to be safe places for our students and families,” school board chair Anna Shepherd told The Tennessee Star Thursday. “Most of them are fleeing drug wars and/or civil wars and want better for their families just as our ancestors did.”

Nashville Mayor Megan Barry, whose left-wing, open borders,  pro-illegal immigrant political philosophy is in line with the ordinance, has worked closely with the Metro Nashville school board since she was elected in 2015. When the search for a new director of schools stalled in 2016, Barry asserted a leadership role in the search process that ended in the appointment of  Shawn Joseph to that position in May 2016.

In the letter to Metro Council sent on behalf of the board, Shepherd voiced concerns about illegal immigrant families who are hesitant to enroll their children in school and are too fearful of deportation to call the police to report crimes or visit the public health department. She wrote:

As educators, we know that the security, well-being, and academic success of our students is determined in large part by what happens in their lives outside of the school grounds. There is a growing body of empirical evidence on the adverse effects of forced parent-child separation like deportation on children’s health and that the exposure to prolonged and unmitigated fear and anxiety, known as toxic stress, related to the deportation of a loved one interferes with the development of children’s bodies and brains. Our city agencies and local taxpayer resources should not be used to help separate Nashville families.

Shepherd closed the letter by saying that support for the ordinance is needed to “restore trust in our city.”

Metro Nashville Public Schools has the highest number of students in the state who require special instruction to learn English. During the 2015-2016 school year, the district had nearly 15,000 EL students, making up 17.6 percent of the district’s student population, according to the Tennessee Department of Education. Those students include refugees and other immigrants here legally, as well as students here illegally.

Schools are required by the 1982 Supreme Court ruling in Plyler v. Doe to offer a free K-12 public education to all students regardless of immigration status, which has kept schools across the country from inquiring about immigration status. However, the ruling has not been applied to students’ lives off school grounds. 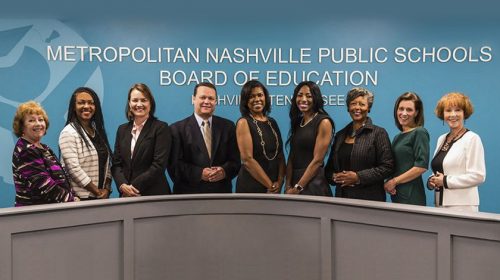 In December, the Metro Nashville school board passed a resolution declaring that all K-12 schools, early education centers, adult schools and parent centers are to be “safe zones” for immigrant students and their families. The resolution also stated an intention to ensure “that schools become a resource center for District students and their families impacted by immigration enforcement.” The resolution said that the total illegal immigration population in Davidson County is estimated at 33,000.

Drafters of the proposed Metro Nashville ordinance say it would not violate the law. The ordinance bars using local government funds, resources, or facilities to help with immigration enforcement “unless such assistance is required by federal or state law or by a court order.” But critics say its obstinate tone would in effect make Nashville a sanctuary city for illegal immigrants because state and federal laws require the sharing of information.

State Senator Jim Tracy (R-Shelbyville) and former state Rep. Joe Carr are among those speaking out against the ordinance. The Davidson County Republican Party has been encouraging people to call their city council representative to voice opposition.

While supporters of such policies say illegal immigrants should never be made to experience fear about their status, commentator Michael Cutler told The Star in March that immigrants should be afraid if they have broken the law by entering the country without permission. Cutler, a retired senior special agent with the former Immigration and Naturalization Service (INS), said there are already protections for those who are victims of crime and so that’s not a valid excuse to undermine enforcement of immigration laws.

Cutler also said it makes no sense to set up extensive screening measures at airports, only to then act as if people sneaking across the border is no problem. Cutler said strengthened enforcement is needed to better address drug trafficking, terrorism and other crimes.