Openthebooks.com’s report Federal Funding of America’s Sanctuary Cities identifies half of the G4G grant recipients as sanctuary cities, including Nashville. 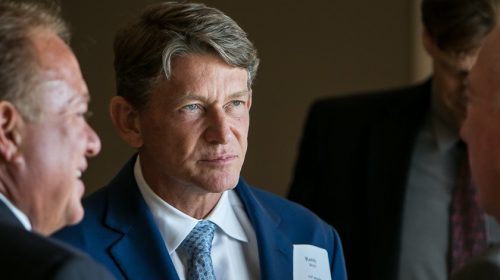 The Tennessee Star asked the Randy Boyd campaign specifically for a comment on the Metro Nashville ordinance that would make Nashville a sanctuary city but has received no response.

PNAE’s “15 key economic issues of immigration reform in America” include:

The PNAE, now shortened to “New American Economy,” is a powerful and well-funded coalition led by business leaders, former politicians and chambers of commerce that previously joined forces with Obama’s “Organizing for Action” trying to get immigration reform through Congress that would have offered a path to citizenship for illegal aliens in the U.S. That  2013 bill nicknamed the “Gang of Eight” also made it easier for cities to refuse cooperation with ICE and continue sanctuary city policies.

Having failed to pass the “Gang of Eight” bill, PNAE turned its focus to influencing the politics of immigration at the state and local level using initiatives like the G4G grants.

Last year, the PNAE issued fifty-one state specific Contributions of New Americans reports quantifying their version of the economic benefits of immigrant workers. The reports do not, however, factor in the cost to Americans of illegal alien worker identity theft. The IRS Inspector General’s recent audit estimated that 1.4 million illegal aliens were working under stolen social security numbers. In sanctuary cities, criminal aliens are shielded from deportation.

These state reports likewise do not acknowledge the cost to local economies from earnings remitted to the illegal alien’s home country. The estimated $24.6 billion dollars transferred out of the U.S. economy in 2016 by Mexican nationals working in the U.S. is Mexico’s “largest source of cash and reported to be “even higher than what Mexico earns from its oil exports — $23.2 billion in 2015.”

The PNAE’s Tennessee report estimates the “undocumented population”to be approximately 129,000. Illegal alien workers are characterized as a “small but critical role in the workforce” supporting industries that would not otherwise “thrive without a pool of workers willing to take on highly labor intensive roles,” work which PNAE intimates the native-born population and legal immigrants, are unwilling to perform. These statements are intended to support PNAE’s claims that illegal immigration helps grow the nation’s economy.

The Center for Immigration Studies (CIS) has also looked at labor market participation of legal immigrants and illegal aliens in Tennessee. Key findings of the CIS analysis Who Got the Jobs in Tennessee? concluded that:

All of Tennessee’s employment growth since 2000 has gone to immigrants, yet natives accounted for two-Thirds of population growth….

[s]ince 2000, all of the net increase in the number of working-age (16 to 65) people holding a job in Tennessee has gone to immigrants (legal and illegal). This is the case even though the native-born accounted for 60 percent of the growth in the state’s total working-age population.

This July, Nashville, a recipient of PNAE G4G funding, will host the PNAE’s  Association of Chamber of Commerce Executives (ACCE) targeting the local business communities to discuss “creat[ing] inclusive and competitive communities that maximize the myriad contributions immigrants make.”

The sponsor of Metro Nashville Council’s proposed sanctuary city ordinance says the policy is needed because everyone in Nashville “needs to engage in local government” and we need to “treat all our neighbors as our own.”