Earlier this year, the Democrat super-majority in the California legislature passed a substantial gas tax hike. Though wildly unpopular with the relative few who took notice, Governor Jerry Brown signed it quickly, and put into motion an uptick in fuel costs to consumers estimated to raise a staggering $5 billion in new recurring revenues to help underwrite the Golden State’s bloated budget.

Republicans, fueled by the outrage of every day Californians at the imminent tax increase, responded by launching a recall effort against newly-elected Assemblyman Josh Newman, whom they say was key to the passage of the tax hike. 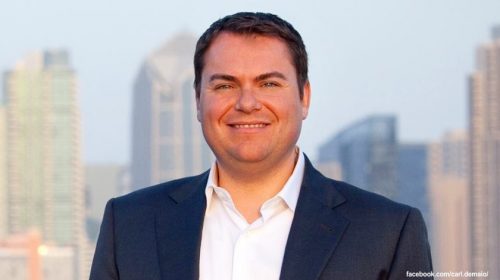 The first step to recall a sitting elected official is to gather petitions signed by voters. The Beacon reports, “Republicans opposed to the most recent gas tax hike Newman backed submitted 84,988 signatures for the recall effort on Tuesday, nearly 20,000 more than the 63,592 the law requires.”

DeMaio told The Beacon, “The overwhelming number of signatures we collected in just six weeks demonstrates a real rebellion is brewing in California against the out-of-control tax raisers in the state legislature.”

He continued, “This recall against the state senator who cast the deciding vote to approve the car and gas taxes is just the start. We intend to place a repeal of the car and gas tax hikes on the ballot for the November 2018 election which we believe will significantly impact legislative races.”

Via The Washington Beacon:

If the counties where the signatures were collected do not dispute their validity, the recall election would be held shortly after Nov. 1, the start of the new gas tax increase.

DeMaio and other like-minded Republicans say that Newman cast the deciding vote April 6 in favor of a $52 billon transportation package that included an increase in gas taxes and car registration fees to pay for it. Newman won a narrow victory against Republican Assemblywoman Ling Ling Chang in November in a seat that had been held by termed-out Republican Bob Huff.

The recall campaign against Newman is only the beginning of a broader state-wide push to repeal the gas tax increases—one that DeMaio said could resonate enough to impact the mid-term congressional races as well.

California has one of the highest fuel prices in the nation, with the average price per gallon at $2.93 – outdone only by the remote island state of Hawaii, at $3.01 per gallon.