Nashville District Attorney Glenn Funk is planning to start a restorative justice pilot program using practices that are lauded by some but criticized by others who say they downplay wrongdoing.

The program would start in juvenile courts but could be expanded to the adult system if it’s successful, reports WKRN News 2.

In restorative justice programs, offenders meet with their victims as a way of taking accountability and to show remorse, and to help victims heal. In Davidson County, cases would be sent to a diversion program run by a nonprofit, which has yet to be found. Teens charged with vehicle thefts, home burglaries and nonviolent crime would be eligible to participate if the victim agrees. 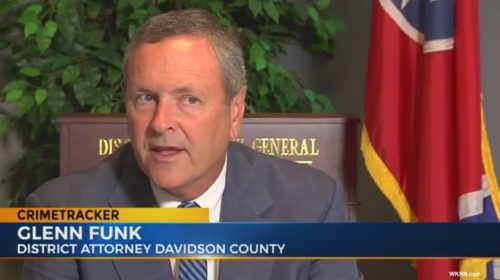 Restorative justice programs have been around for decades, but have become more popular in recent years in criminal justice systems and in public schools. Nashville Mayor Megan Barry, who champions progressive policies, has advocated for restorative justice in Davidson County.

A 2005 article by a lecturer at the University of Montreal titled “The Limits of Restorative Justice” said programs become “seen more as ways for offenders to avoid the criminal process, a means of ensuring that the justice system does not become overloaded.” Many offenders have trouble empathizing with victims but are able to use restorative justice for self-serving purposes, including to portray themselves in a better light and avoid punishment, the article said. Canada in 2002 had adopted restorative justice practices promoted by the United Nations Economic and Social Council.

The article also said that the needs and emotions of victims are complex and that victims sometimes are pressured to participate in restorative justice meetings when they are not psychologically prepared to do so.

Over the past few years, Metro Nashville Public Schools has heavily promoted restorative justice as a way to approach school discipline. Other schools in Tennessee have also been involved.

An article in Chalkbeat in 2015 described “community peace circles” at Nashville’s Pearl-Cohn Entertainment Magnet High School used to reduce office the number of office referrals, detentions and suspensions. Restorative justice is seen as a tool to address the racial disparity in suspensions and the so-called ““school-to-prison pipeline.”

But an article in The Atlantic last year said there is no hard data proving that restorative justice programs have been effective, and some teachers say they interfere with their ability to maintain discipline. There also are problems with schools failing to report violent incidents to make their schools appear safer, according to critics quoted in the article.