Intensity of feeling on this issue is with the opponents of sanctuary city proposals. 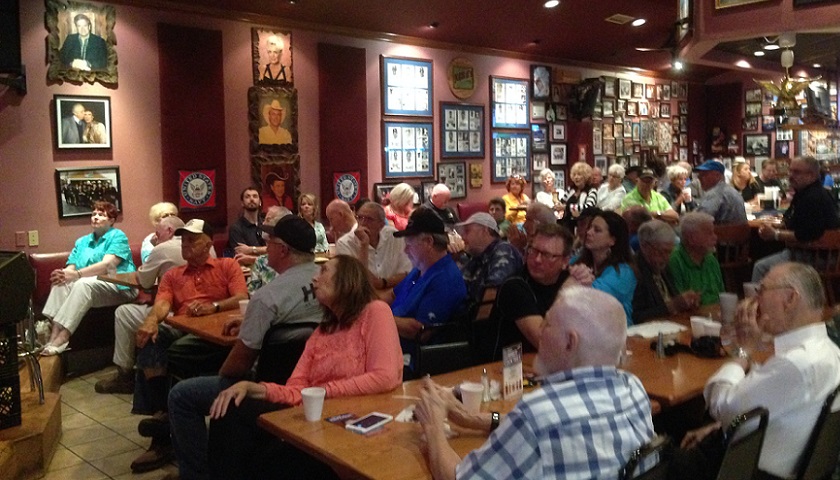 “Two major points leap out at me from this particular poll result,” media consultant and political analyst Steve Gill tells The Tennessee Star.

“First, while 43.6% of the likely voters responding are somewhat more or much more likely to support a mayoral candidate who supported Sanctuary City status for Nashville, 47.4% were somewhat less likely or much less likely to support a candidate to supported that status. While the gap is right at the margin of error the balance against the plan could mean problems for supporters of the Sanctuary City scheme,” Gill says.

“But the bigger problem for supporters is the large gap in intensity between those who approve of Nashville embracing illegal aliens and those who oppose it,” Gill adds.

“Those who oppose the idea are much more likely to feel strongly about the issue, meaning it will be a bigger factor in their voting decision and may also influence how actively they get engaged in the campaign, such as encouraging their friends and family to vote for or against candidates based on that issue. The roughly 16 point gap between those much more likely and much less likely on this issue, even before the issue of sanctuary city status is amplified in an election cycle, is huge and could be a key factor in the next mayoral election and will filter down to metro council races as well,” Gill notes.

“This result does not surprise me,” Nashville Tea Party founder Ben Cunningham tells The Star.

“Frankly, I think most people seeking citizenship are very tired of being labeled by Democrats as frail victims needing special sanctuary. I have talked with many legal immigrants and they most certainly do not regard themselves as victims. They are strong, optimistic people willing to abide by US law and ready to accept both the rights and responsibilities of US citizenship,” Cunnigham says. 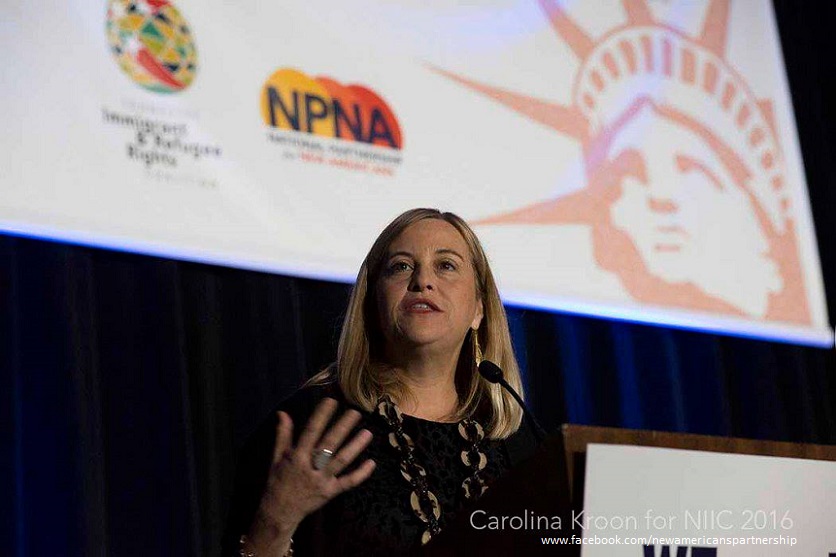 The electoral impact of the controversial sanctuary city issue and related policies could be significant in the 2019 local Nashville/Davidson County election.

“Motivated voters are the ones that swing close elections, both in terms of turnout and the issues that drive them. The motivated voters at this point are clearly the ones opposed to the Sanctuary City plan that the Council just pulled from consideration,” Gill adds. (emphasis added)

She defeated David Fox in a hard-fought runoff election in 2015 by a 55 percent to 45 percent margin.

Barry’s California origins and her efforts to bring San Francisco and California values to Nashville/Davidson County could spell trouble for her re-election bid. 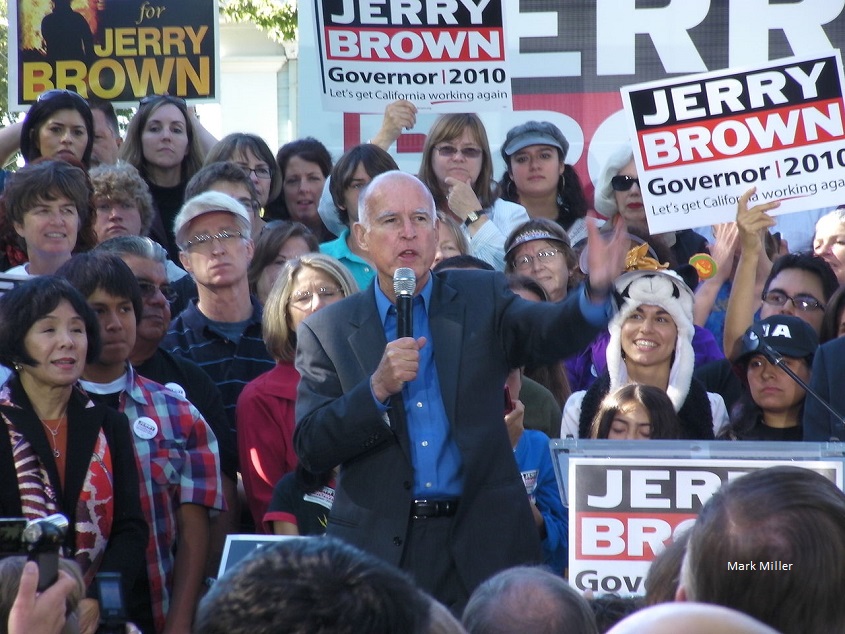 The New York Times explained how Jerry Brown came to be known as “Governor Moonbeam.”

For the uninitiated, ‘Governor Moonbeam’ became Mr. Brown’s intractable sobriquet, dating back to his days as governor between 1975 and 1983, when his state led the nation in pretty much everything — its economy, environmental awareness and, yes, class-A eccentrics.

The nickname was coined by Mike Royko, the famed Chicago columnist, who in 1976 said that Mr. Brown appeared to be attracting “the moonbeam vote,” which in Chicago political parlance meant young, idealistic and nontraditional.

The term had a nice California feel, and Mr. Royko eventually began applying it when he wrote about the Golden State’s young, idealistic and nontraditional chief executive. He found endless amusement — and sometimes outright agita — in California’s oddities, calling the state “the world’s largest outdoor mental asylum.”

But as the contrast between The Tennessee Star Poll of Nashville/Davidson County and the recent Survey USA Poll of San Francisco adults indicates, even with the influx of non-Tennesseans into Nashville over the past decade, the Music City is not at all like San Francisco, even if Mayor Barry and many members of the Metro Council are trying to promote San Francisco policies here. 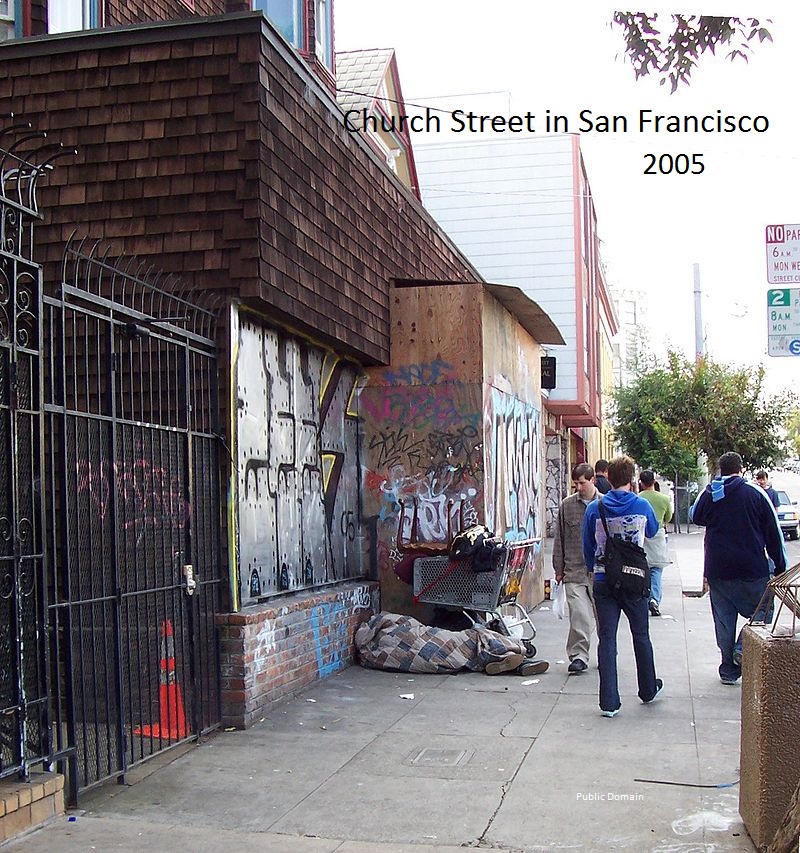 Seventy percent of San Francisco residents want to continue the city’s sanctuary city policies, while only 24 percent want to stop them, according to the Survey USA Poll conducted on June 29, the same day The Tennessee Star Poll was completed.

In 2016, Davidson County voted for Hillary Clinton over Donald Trump by 60 percent to 34 percent, one of only three out of ninety-five counties in the state Clinton won. Statewide, Trump won Tennessee by 61 percent to 35 percent, a 26 percent margin of victory.

San Francisco, in contrast, voted for Hillary Clinton over Donald Trump by 85 percent to 9 percent, an unheard of margin of 76 percent. Clinton won the state of California by 61 percent to 33 percent,  a 28 percent margin. 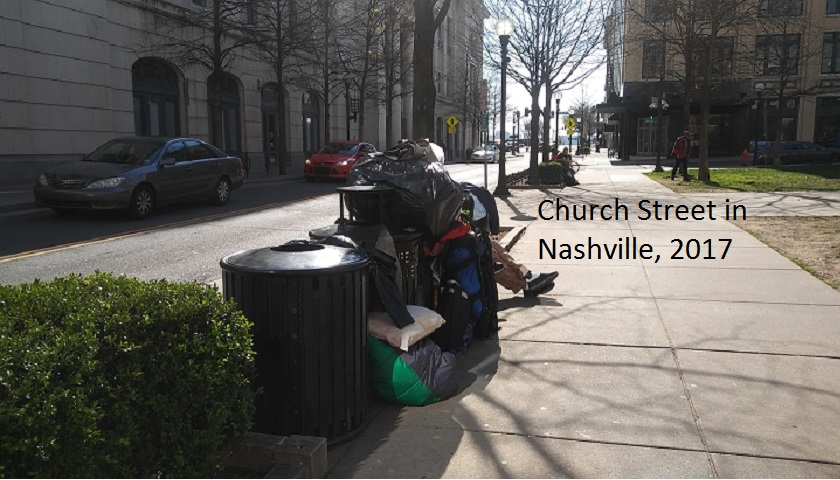 Media consultant Gill also points out the impact of the sanctuary city issue beyond the borders of the Nashville/Davidson County.

“Every announced, and some not yet announced, Republican candidate for Governor has weighed in on this issue in opposition to the Nashville plan. Diane Black and Randy Boyd are already doing social media ads making their opposition to Sanctuary City status very clear. Over 63 Republican House Members and more than a third of the State Senate Republicans voiced their displeasure with the idea,” Gill says.

“Just last week the U.S. House passed legislation dealing with Sanctuary Cities and cracking down on criminal illegal aliens who return to the U.S. after deportation (“Kate’s Law”) and Democrats in the U.S. Senate will feel a lot of pressure to pass both measures with bi-partisan votes. The Nashville proponents of the passive-aggressive Sanctuary City plan are going to find themselves on an increasingly smaller island on this issue, and it is one that will be amplified in the 2018 statewide and legislative elections leading up to the 2019 local elections in Nashville. Nashville’s political leadership needs to tread carefully on this one,” Gill concludes.

Triton Polling and Research conducted the poll of 533 likely Davidson County voters between June 28 and June 29 via automated telephone survey. The poll’s margin of error was 4.2 percent.