For God did not make Death. He takes no pleasure in destroying the living.

I have a good friend who often tells people he is going to live forever. I think he believes it.

Stranger, I think I believe it.

Not just that he could possibly live forever, but that any human being can potentially live forever, or at the least, significantly longer than the average person is living today.

According to the Bible, God created Adam and Eve without sin and therefore with the ability to live forever. God gave them all they needed for eternal life in the Garden; but He warned them not to eat fruit from the Tree of the Knowledge of Good and Evil or they would die, as would all their descendants.

But of the tree of the knowledge of good and evil, thou shalt not eat of it: for in the day that thou eatest thereof thou shalt surely die.

The serpent convinced Eve that not only would they not die if they ate the fruit, but to the contrary…

…your eyes shall be opened, and ye shall be as gods, knowing good and evil….

…The temptation to be like God was too much, and Eve succumbed, as did Adam after her. The rest is history, as they say. Adam and Eve did gain the knowledge of good and evil as promised, a kind of worldly “wisdom,” but in the process lost their innocence, and hence their descent toward death commenced. Death therefore became part of the human condition. 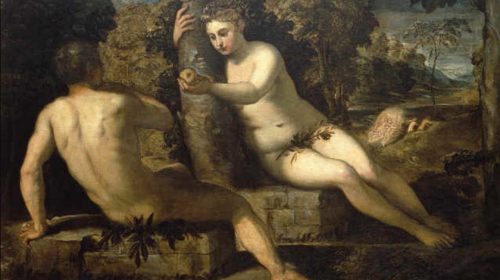 Despite that traumatic blow to his spirit, Adam reportedly lived to be 930 years old. Methuselah was recorded to have lived to the age of 969, and a number of the patriarchs were reported to have lived nearly as long.

Similar claims of long life spans are reportedly found in the secular literature of several ancient cultures (including the Babylonians, Greeks, Romans, Indians, and Chinese).

During the 1,000 years following the Flood, however, the Bible records a progressive decline in lifespans, from Noah who lived to be 950 years old, until Abraham who lived to be 175. Later, lifespans shortened further.

In Genesis 6:30, God—expressing regrets for having creating mankind—is recorded as saying, “My spirit shall not always strive with man, for that he also is flesh, yet his days shall be an hundred and twenty years.”

The evidence is clear, that according to the Bible and the law of common sense, “sin” leads to death. 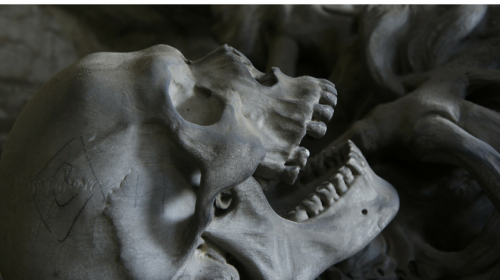 Let’s look at the seven “deadly” sins: pride, greed, lust, envy, gluttony, wrath, and sloth, and their relationship to death:

Pride: Proverbs 16:18 reads, “Pride goeth before destruction, and a haughty spirit before a fall.” Look at the classic rise and fall of civilizations, and in a more micro way, of celebrities. Thinking you’re something special has a way of setting you up for a fall of one kind or another. Falls can lead to shortened lives.

Greed: For a simple illustration, think about how the love of money causes many to chase after it, even at the expense of their own health.

Lust: Romans 8:13 (KJV) says, “For if ye live after the flesh, ye shall die; but if ye through the Spirit do mortify the deeds of the body, ye shall live.” Overusing sex taxes the body. This used to be well understood, for instance, in the world of sports, where boxers training for big fights would go to the woods to train, away from distractions, and would abstain from sex to maintain their energy. Even rocker Rod Stewart recognized this principle years ago:

…You got legs right up to your neck.

You’re makin’ me a physical wreck…

Envy: The man or woman of envy lives off the spirit of comparison, and fails to live his or her own life. This is a form of death—the inner spirit is kept asleep.

Gluttony: Modern science has confirmed the clear link between obesity—typically caused by overeating—and a host of diseases including early death.

Wrath (Strong, vengeful anger—Merriam Webster): The link between anger and mortality is also clear. Anger kills the soul, and leads to not only spiritual death, but also physical death—including both homicide and suicide. The story of Aaron Hernandez, the football star who served time for murder, and who recently hung himself in his cell, is a tragic case in point. Look at this article—Life and Death of Aaron Hernandez: “There Was So Much Anger.”

Sloth: The link between inactivity and death is also direct. Move or die is the basic equation.

So how long do you want to live? The evidence is overwhelming—corruption of spirit and body leads to death. And rejecting every form of corruption leads to life for the body and for the spirit.

I have set before you life and death, blessing and cursing: therefore choose life, that thou both and thy seed may live.

Patrick Rooney is the Founder and President of GREEK PHYSIQUE™, LLC, which specializes in functional body sculpting for men and women in Middle Tennessee and worldwide via phone and Skype. Patrick is Certified through the National Association of Fitness Certification (NAFC). Email questions or training inquiries to [email protected].

3 Thoughts to “Were You Meant to Be Immortal?”