Despite trying to use hands-contorted-into-hearts to try and soften the radical opposition of the progressive left’s “Indivisible” campaign, Conexion Americas’ “Indivisible” organizing is no different than any of the other self-identified “Indivisible” groups that have formed to resist President Trump’s agenda for America.

A number of left wing Nashville political figures, including Mayor Megan Barry, have posed for photos with Renata Soto, co-founder and director of Conexion Americas, displaying the “hands-contorted-into-hearts” sign.

Last week, Conexion’s Gini Pupo-Walker, senior director of education policy and strategic growth, told The Tennessee Star that “[w]e didn’t know there would be other groups using the same word.”

However, looking at Conexion’s twitter promotion of other “Indivisible”groups, the Indivisible Guide itself, and alignment by Conexion on key issues included in The Guide, strongly suggest otherwise. 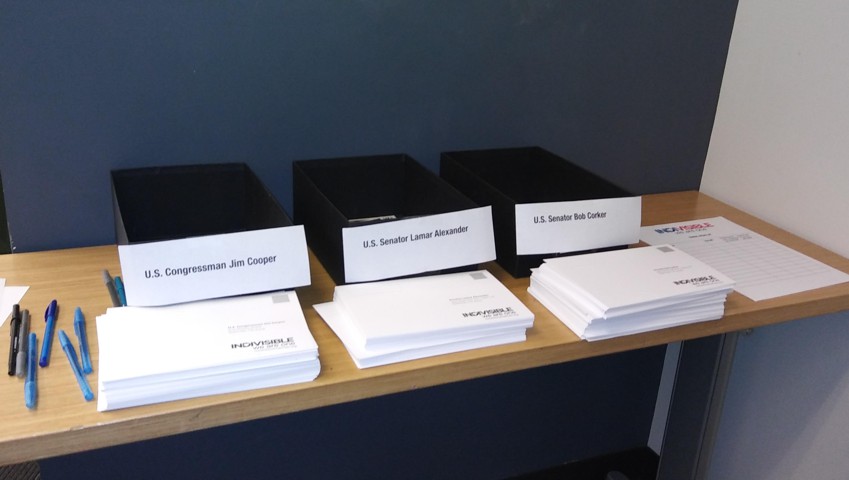 On December 10, 2016, Soto, issued a public invitation to join her Indivisible campaign. Four days later, a link to the Indivisible Guide, written by former Congressional staffers, was tweeted out. Angel Padilla an Indivisible Guide author, was an immigration policy consultant at National Council of La Raza (La Raza) in 2014. After leaving La Raza Padilla moved to the National Immigration Law Center (NILC).

Padilla and Soto may well have first crossed paths through La Raza. Beginning in 2012, Soto served as the vice-chair of La Raza’s board until she was elected as chairman in 2015. She remains listed as Chairman for La Raza’s 2017-2018 slate. 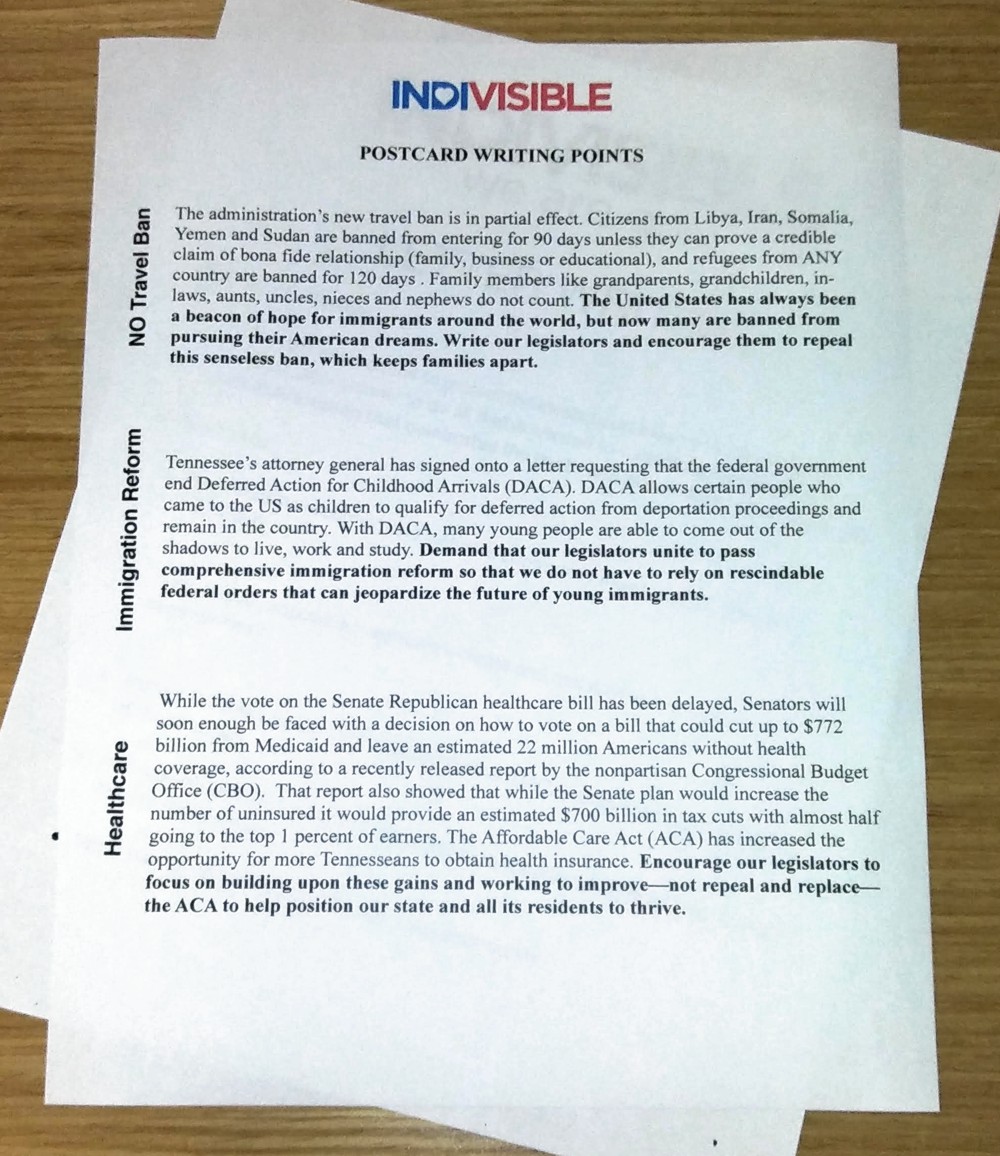 “Indivisible” groups like Conexion’s that began organizing on the heels of Trump’s election, were initially united in opposition to the administration’s agenda on illegal immigration and refugee resettlement but have added opposing any action to repeal/and or replace Obamacare. During his campaign Trump vowed to dismantle these parts of Obama’s legacy. The primary goal of the Indivisible Guide was to roadmap how progressive activists could get their “MoC” (member of Congress) to buckle under loud, intense and unceasing opposition to the Republican-led administration and Congress.

To this end, the Guide provides “Resistance Resources” on issues including immigration, healthcare and local organizing and even more issue insights through the “InvisiBlog.” Last week Conexion Americas held another “Indivisible” event, during which attendees were encouraged to write postcards to Senators Bob Corker and Lamar Alexander and Rep. Jim Cooper using pre-printed messages on immigration and healthcare issues.

Predictably, the information and writing prompts provided by Conexion align with the national “Indivisible” movement’s opposition:

In June of 2016, before President Trump secured the Republican nomination for president, Boyd told CNN that though he helped raise money for Mitt Romney in 2012, he refused to raise money for Trump. He said the idea of raising money for Trump was “an anathema to me,” sounding more like those standing “indivisible” with the Conexion campaign to resist Trump.

His donation to Conexion Americas was apparently made prior to President Trump’s election in November 2016.

Given President Trump’s 86 percent approval rating among likely Tennessee Republican primary voters, as shown in the recent Tennessee Star Poll, Boyd’s insistence on offering his continued support for an organization dedicated to opposing virtually every one of President Trump’s policies is a weakness his Republican gubernatorial primary opponents are certain to exploit over the year and a month until the August 2018 primary.