Tennessee K-12 public schools ranked among the worst in the nation in a study published Monday by WalletHub.com. 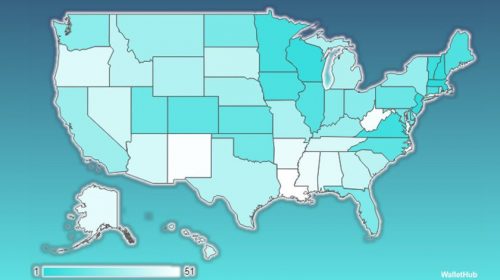 Tennessee schools ranked 42 overall out of all 50 states and the District of Columbia.

The states with the best schools, starting at the top, were Massachusetts, New Jersey, New Hampshire, Wisconsin and Vermont. Those at the very bottom, starting with the lowest, were Louisiana, New Mexico, West Virginia, District of Columbia and Mississippi.

JC Bowman, executive director of Professional Educators of Tennessee, said he’s not sure how useful the study will be to policymakers. He said he’s skeptical of studies like the WalletHub one because they often use data that is outdated, and he’s wary of the metrics analysts choose to use and how they weigh them. But Bowman said he’s concerned about inner-city schools.

“It’s true inner cities do have numerous issues, including schools,” he told The Tennessee Star.  “Urban cities have been plagued with poor leaders the last half-century. We also have critical issues facing these communities that go beyond the classroom.”

WalletHub turned to educational experts to expand the discussion on schools. The experts included seven academic leaders at public and private universities across the country. Each expert was given a short Q&A to complete. The answers are featured on the study’s website.

While many people believe more funding is the answer to schools’ problems, Jan Arlene Furman, an assistant professor of education leadership at Seton Hall University in New Jersey, said  “variation in per pupil spending does not explain the variation in school quality. A prime example of this is the former Abbott district in New Jersey, which saw large increases in per pupil spending, but did not see significant increases in student achievement.”

Furman also said the quality of a school is irrelevant when children face overwhelming challenges in their homes and neighborhoods. She wrote:

The quality of the school district is not relevant when children are worried about being killed by a drive-by shooter, drug deals occurring in their neighborhoods, or mothers involved in prostitution. It is nearly impossible to teach a seven-year-old how to read during the day, when he has slept in the bathtub the night before, having figured out that it is the safest place from a drive-by shooter. These are the realities faced by many public school educators in urban schools.

Jack Schneider, an assistant professor of education at the College of the Holy Cross in Massachusetts, also emphasized the importance of a good home life. “Kids are already on trajectories by the time they enter school,” he said. “School can disrupt those trajectories, but that requires more energy and resources. Educational success begins at home, at birth.”

Schneider also cautioned against being punitive toward schools and teachers with low test scores. “Stop punishing schools for low test scores, which are mostly an indicator of demography; instead, build their capacity through concentrated short-term support,” he wrote. “Stop beating up on schools and teachers — climate matters tremendously for those entering the profession or choosing a place to work.”