A Knoxville man has created bracelets featuring the Bible verse written on a plaque at the Knoxville Police Department that was moved last week because of complaints from the Freedom From Religion Foundation. 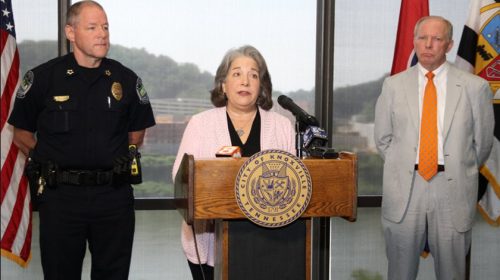 The plaque, which was hanging above an employee entrance, was moved to the other side of the doorway where inspirational quotes from other traditions will also be displayed. City officials decided to relocate the plaque to show that Christian faith will not be promoted over other religions, which the Freedom From Religion Foundation said was unconstitutional.

The Bible verse, Romans 8:31, says, “What shall we then say to these things? If God be for us, then who can be against us?”

Ryan Hudson designed and ordered the rubber bracelets with the help of family and friends. He has been selling them for $1. The proceeds will go to a charity that supports the police department.

His original idea was to provide police officers with the bracelets, but then demand grew from others in the community. Demand was so great that ordering has now closed. But Hudson said he will post on Facebook again about any extras and how to get them.