NASHVILLE, Tennessee — President Trump may have been at the top of the ticket, but it was obvious from the enthusiasm shown for Vice President Mike Pence in Nashville on Thursday that he has his own strong fan base.

People interviewed by The Tennessee Star at the Music City Center cited Pence’s conservative beliefs and Christian convictions as reasons they support the vice president. Pence was in Nashville to be the keynote speaker Thursday evening at the annual Statesmen’s Dinner held by the Tennessee Republican Party.

During last year’s presidential campaign, Pence was seen as a steady presence and influence on Trump, who lacked Pence’s political experience and has a more flamboyant personality. Before serving as vice president, Pence was governor of Indiana and a congressman.

But Pence is not without his colorful side. 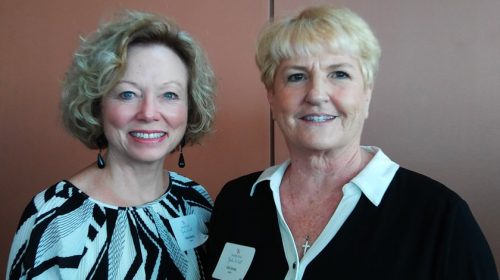 “He rides a Harley,” said Ken Nelson Jr. in offering another reason he backs the vice president. Nelson is a real estate agent who serves on the board of the Wilson County Republican Party.

Gail Jones and her friend Vicki Beaty, both of whom live in Cleveland, Tennessee, had nothing but praise for Pence.

“I like everything he stands for,” said Jones, an office manager for a dental practice. “I think he’s doing an awesome job.”

“I think he’s honest and straightforward and I think that’s refreshing,” said Beaty, who serves on the Bradley County school board. 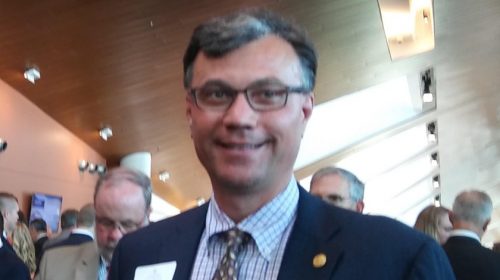 Rick Chinn, the vice mayor of Oak Ridge and vice chairman of the Anderson County Republican Party, said he loves Pence’s conservative values and the “gravitas” he brought to the ticket last year.

Tony Roberts, chairman of the Tennessee Republican Minority Coalition, said he admires how Pence has held on to his Christian faith during his time in politics. Many politicians seem to lose their faith when they enter politics, even though the Bible is a source of wisdom that can be of great help to people in leadership roles, Roberts said. In addition to losing touch with Christian principles, too many politicians lose touch with the people they were elected to serve, he added. 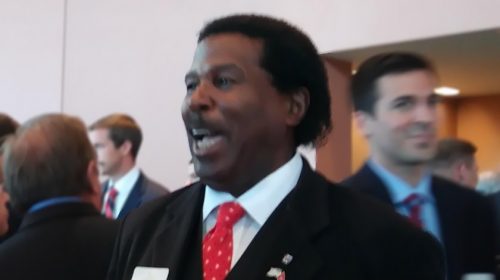 Roberts said he is pleased with the job both Trump and Pence are doing.

“They’re carrying out what they actually promised,” he said, citing as an example Trump’s focus on ensuring that immigrants enter the country legally.

Pence devoted most of his speech to lauding Trump, but made references to the Bible in asking those in attendance to pray for America and in offering condolences to Nashville Mayor Megan Barry. Barry’s young adult son, her only child, died of a drug overdose this past weekend.