State House Minority Leader Craig Fitzhugh (D-Ripley) has officially thrown his hat in the ring in the race for Tennessee governor. 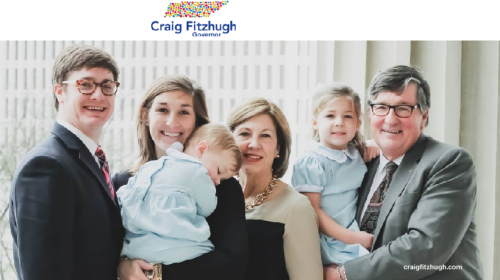 He will face former Nashville Mayor Karl Dean in the August 2018 Democratic primary. Fitzhugh, who announced his candidacy over the weekend, had been expected to join the race.

A native of rural West Tennessee, where he still makes his home, Fitzhugh has represented Lauderdale, Crockett and Haywood counties in the state legislature for more than two decades. He was first elected to the District 82 seat in 1994.

While Dean is considered the front-runner for the Democratic nomination, Fitzhugh offers a contrast with his emphasis on rural communities and his support for public schools. He has been cautious about charter schools, while Dean has been a strong supporter.

Fitzhugh also is an advocate for Medicaid expansion. In June, he said on Facebook that Republican-led efforts in the U.S. Senate to scale back Medicaid, among other related conservative measures, were “truly frightening” and “a disaster.” He continued:

I have fought for healthcare access since my first day in the legislature. A healthy workforce and healthy families makes for a healthy economy and society. My office in Nashville has a daily tally of how much we have lost as a state since we didn’t expand Medicaid, at a cost of $2.5 million dollars a day. Tennesseans have lost billions of dollars–of our money–because we did not take steps to protect our state. If we had expanded Medicaid, the hospitals that have closed in Tennessee would still be open.

Fitzhugh’s quirky campaign logo, featuring an outline of a map of Tennessee filled in with colored dots, is already attracting sarcastic remarks:

Republican Gov. Bill Haslam is completing his second term in office and is unable to run for re-election because of term limits.