A site near Memphis will likely be considered for a new auto manufacturing plant to be built jointly by Toyota and Mazda. 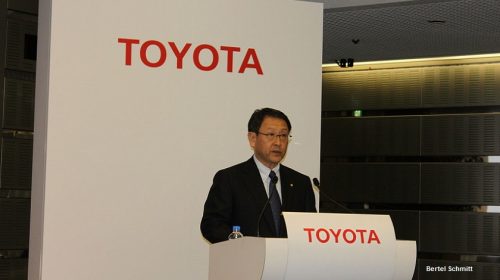 The plant will create up to 4,000 jobs, according to a news release issued by the Japanese car companies on Friday. They plan to spend $1.6 billion on the plant, with the goal of starting operations in 2021 pending government approvals. The plant will produce about 300,000 vehicles a year, and will make Toyota Corollas and crossover models that Mazda plans to introduce to the North American market.

The news release did not say where the plant would be built, but real estate expects believe the Southeast is a definite possibility, according to the Commercial Appeal. A leading Tennessee industrial site is the Memphis Regional Megasite, 4,100 acres of vacant farm land off Interstate 40 in Haywood and Fayette counties between Memphis and Jackson, Tennessee.

State officials bought the land a decade ago to attract a Toyota car plant, but the company decided to put its Corolla assembly line west of Tupelo in Blue Springs, Mississippi. Because the new plant will build the Corolla, chances are it will be located near the Mississippi plant to be close to parts supply companies, reports the Associated Press. While the megasite has been considered by other companies, it remains without a tenant.

President Trump has been pushing for auto companies to make more cars in the U.S. instead of expanding operations overseas. He tweeted on Friday:

Toyota & Mazda to build a new $1.6B plant here in the U.S.A. and create 4K new American jobs. A great investment in American manufacturing!

Also as part of their partnership, Toyota and Mazda plan to develop technologies for electric cars and connected-car technology, as well as collaborate on advanced safety technologies and expand complementary products.