NASHVILLE, Tennessee — In preparing for Monday’s total solar eclipse, Mark Holloran read that from where he lives in Franklin, he could see 99.8 percent totality.

That wasn’t good enough, he and his wife decided.

“We drove in to get the last .2 percent,” he said at First Tennessee Park, home of the Nashville Sounds minor league baseball team where an eclipse viewing party was held to watch as the moon completely covered the sun. Nashville was the largest U.S. city in the path of totality.

Holloran was monitoring the progress of the eclipse using an app on his cell phone as he and his wife stood in line to buy eclipse t-shirts as the eclipse was just beginning.

Jenny Holcomb stocked up on t-shirts for herself, her husband and her 14-year-old son, who were at the ballpark with her. The family lives in the Nashville area in Donelson. 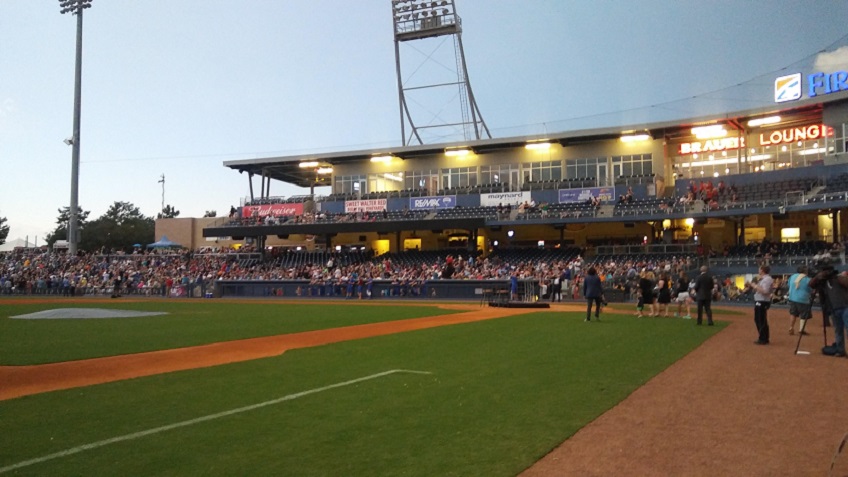 “It’s exciting,” she said of the chance to see the eclipse at an event so close to home.

The 8,000 people at the ballpark came from 35 states and 10 countries. There also were more journalists than the Sounds stadium normally attracts, including a news crew from TRT World, a new English-language international news organization based in Istanbul, Turkey, that broadcasts on cable and satellite TV. 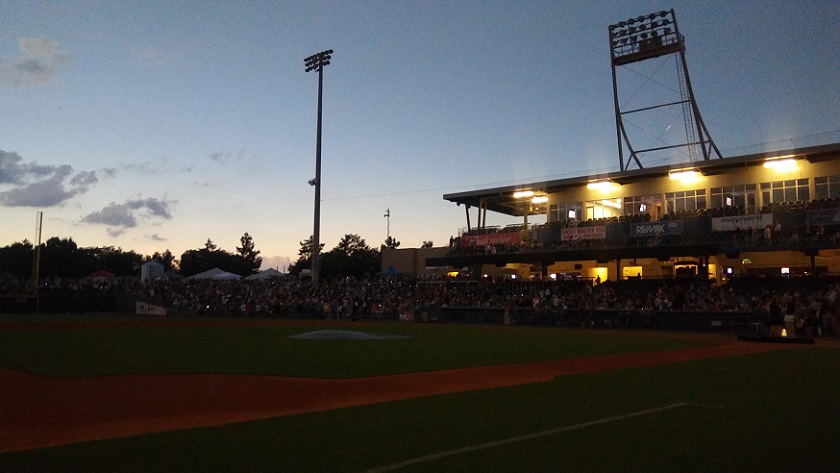 Jon Brain, a correspondent for TRT World who is from England, said the crew came to Nashville to cover the eclipse because “everyone around the world has heard of Nashville.”

It was the first time Brain, who is currently working out of TRT World’s bureau in Washington, D.C., has visited Music City. “It’s an interesting place,” he said. “More dynamic than you’d expect.” 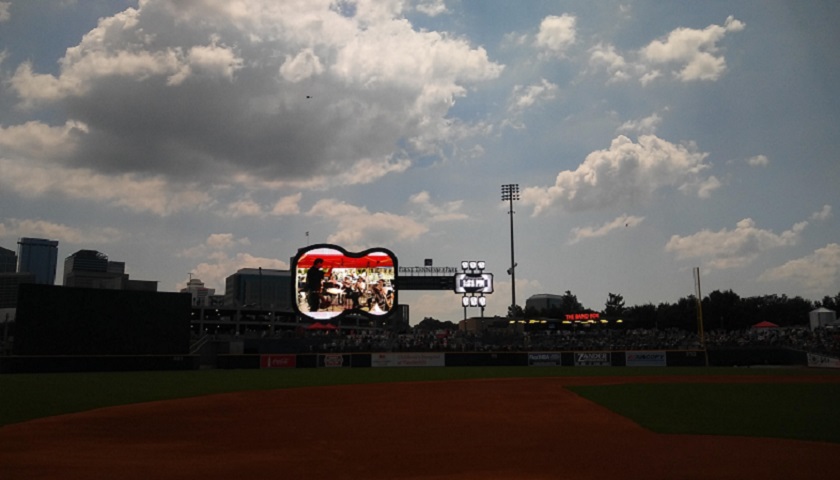 Many of the children at Monday’s event were enjoying a day off school.

Ten-year-old Gavin Vik goes to an elementary school that is part of Metro Nashville Public Schools, which did not have classes Monday. After the eclipse was over, he was eager to talk about what he experienced.

“When it got dark, I thought it was really cool,” he said. 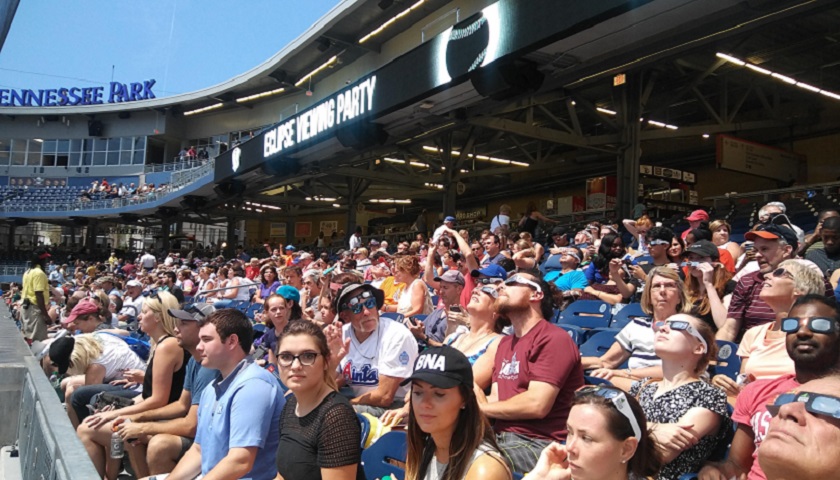