MT. JULIET, Tennessee — In traveling across the state to campaign for governor, Mae Beavers has encountered “an increasing anxiety” about Republicans not governing based on conservative principles, she told reporters Wednesday. 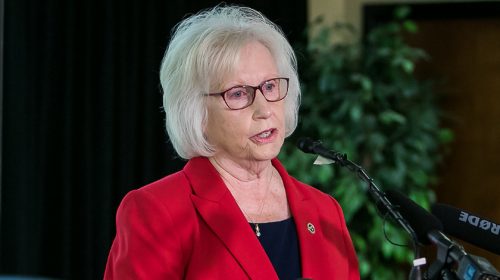 Despite the dominance of Tennessee Republicans in the governor’s office and both chambers of the state legislature, the GOP is “losing its way in Nashville,” Beavers said.

Beavers was at Mt. Juliet City Hall Wednesday afternoon to announce that she will not serve the remainder of her term as state senator so that she can give full attention to her gubernatorial campaign. Beavers (R-Mt. Juliet) used the opportunity to also talk about the “discontent” and “skepticism” in the state about Republicans campaigning as conservatives but then going against conservative principles once in office.

“Many citizens feel they’re strangers in their own state, that their values, their way of life, their history and heritage and home are under assault,” said Beavers, a strong supporter of President Trump who has said in the past that she hopes to pull off an underdog win just like he did. 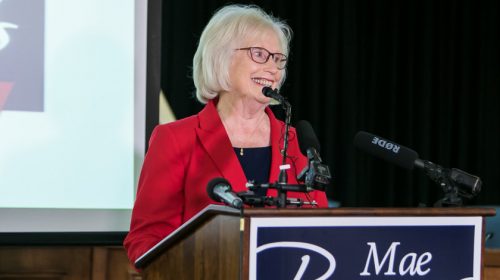 “But I can tell you that there’s also a mighty wind of cheerful determination to hold the line on taxes and regulations, to hold the line against illegal immigration and refugee resettlement, and to hold the line for common-sense bathrooms, for peace in our streets, and for the statues that memorialize our ancestors,” Beavers said.

Beavers cited the passage of a gas tax hike this past legislative session and “recent events” as reasons for frustration among conservatives.

Growing tension nationally over race and heritage has also been felt in Tennessee. In recent days, Tennessee Republicans such as Gov. Bill Haslam and U.S. Sen. Lamar Alexander have called for the removal of a bust of Nathan Bedford Forrest from the state Capitol in Nashville, and U.S. Sen. Bob Corker has sharply criticized President Trump for his comments about racial violence in Charlottesville, Virginia, earlier this month. 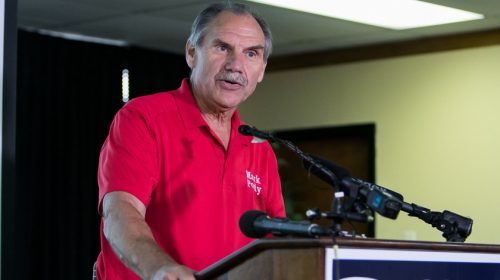 Resigning her State Senate seat will allow Beavers to continue raising funds for her gubernatorial campaign. Lawmakers are not allowed to collect campaign funds during the legislative session. A special election will be held later this year to fill Beavers’ seat, which Beavers hopes will go to her legislative ally Rep. Mark Pody (R-Lebanon), who already had announced that he would run for the seat in 2018.

Beavers has lagged behind other gubernatorial candidates in raising money for her campaign. She told reporters Wednesday that “this race is not going to be about money,” yet she addressed the obstacles she faces in describing how some of her opponents are “able to write themselves a million dollar check.”

Asked if other gubernatorial candidates who are current office holders should resign their positions, Beavers said, “They’re going to have to deal with what they have to deal with as far as trying to run for governor and serve their constituents.”

Beavers said she has heard through friends that people connected to other campaigns have been trying to find out if she has been planning to drop out of the race. 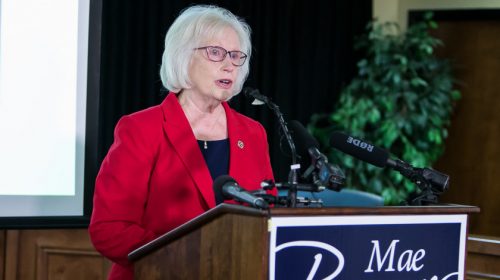 “I think they were hopeful,” she said. “But we’re not getting out, we’re digging in.”

Beavers said that campaigning statewide has proven to be quite time-consuming and was a factor in her decision to resign from the state Senate.

Beavers has served in the State Senate since 2003 and previously was a state representative from 1994 to 2002. Before that, she was a Wilson County commissioner from 1990 to 1994. She has an especially loyal following among a core group of conservative supporters, but has faced strong opposition from liberals and moderate Republicans.

Emerging Horizon Group will serve as general consultant, with Stephen Sebastian, who most recently worked with former South Carolina Governor and now Congressman Mark Sanford, acting as lead consultant for the race. The group’s principal, Mike Shirley, has worked with the National Rifle Association, the Republican National Committee and various campaigns.

Osborne, Shell and Miller Advertising will coordinate messaging and advertising.