You probably don’t believe it. You’re probably reading just to argue. But three minutes from now, you’ll be armed.

Armed and ready to do verbal combat.

Armed and ready to defend your Trump vote.

Armed and read to win any intellectual confrontation.

Think it’s impossible? Keep reading. You’ll find out defending your vote for Trump is easier than you could imagine. Your opponent will be standing there, jaw moving, lips quivering, voice lost, brain scrambled.

Scott Adams Blows Everybody Out of the Water 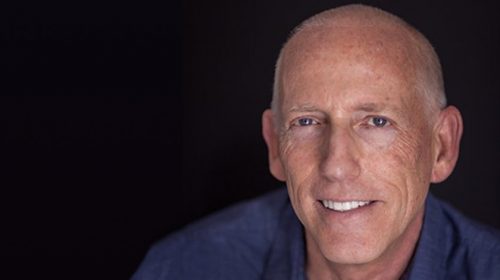 You know Dilbert. Its creator, Scott Adams, is a persuasion expert. He persuaded millions to read a stupid cartoon every day for decades. He knows what he’s doing.

Adams made a periscope today that did the impossible. He explained the entire Tea Party movement. Without mentioning the Tea Party, he told the whole world what we wanted.

Adams’ Periscope video has expired, sadly. But here is a summary of Scott’s thoughts:

You probably agree, now, that Trump is in the demolition phase of his presidency. He’s breaking all the things the Tea Party wanted to break. And then some!

So you agree that Trump is great at demolishing stuff. What happens next? 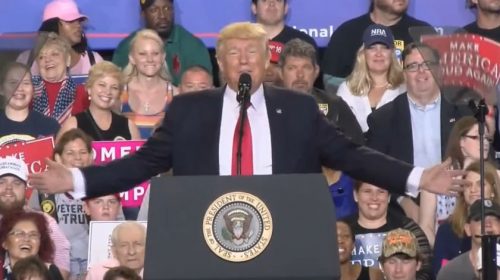 Someone on Fox News tonight put it best: the Trump Sandwich.

That’s the Trump Sandwich. His supporters love it. His haters hate it. But it’s effective as hell.

In the 30-minute, wild, off-script rants, Trump does his demolition.

In the scripted moments, Trump lays the foundation for what he’s building.

Some people say, “I wish we’d get more of the very presidential Trump and less of the wild, off-script Trump.”

They’re wrong. Never gonna happen. Forget about it. Trump is Trump. Trump is a Trump Sandwich. He is not going to change. He is who is.

And Trump is who we elected. Because we love the Trump Sandwich. We love it. You know you love it.

Building the America We Need

The new America is worthy of America’s heritage. It’s worthy of you and me.

No one would claim America of the past decade is worthy of the American people.

First, Trump bought it. He promised to preserve it.

Next, Trump demolished it. Not entirely. But he completely redesigned the building which pissed a lot of people off. They wanted the old Commodore, the one that failed. Trump built a new, modern facade. A new interior. Everything. Unrecognizable. But beautiful. And successful.

Then, Trump sold the Commodore for a fortune.

In the process, Trump turned around a dying neighborhood. He gave a horrible, decaying part of New York a new life. People got jobs there. People started businesses there. Everything got better.

Because of the improvements in lives, people forgave Trump for demolishing the old Commodore and erecting something beautiful and vibrant.

And that’s exactly what Trump is doing for America.

We’re just in the demolition phase.

The building has begun, but it’s hard to see.

This is what the Tea Party wanted, but we weren’t builders.

We now have a builder.

America’s about to get great again.

Bill Hennessy called for the first St. Louis Tea Party on February 21, 2009. He has been active ever since. Bill has written 5 books, the latest, Turning On Trump, is the moving story of his conversion from anti-Trump to staunch Trump supporter. Read more of Bill’s commentary at Hennessy’s View.

2 Thoughts to “Bill Hennessy Commentary: In 3 Minutes You’ll Be Able Fend Off Any Verbal Attack About Trump”