“We are working closely with the fleet to develop this important new capability, and this was a key milestone in giving our Aegis BMD ships an enhanced capability to defeat ballistic missiles in their terminal phase,” said Missile Defense Agency Director Lt. Gen. Sam Greaves. 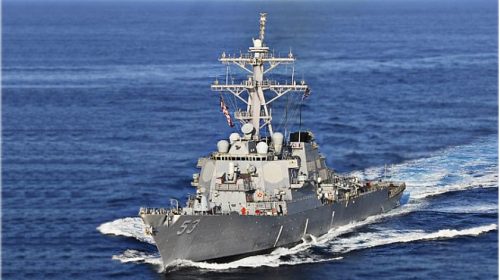 The John Paul Jones detected and tracked a target missile launched from the Pacific Missile Range Facility on Kauai, Hawaii, with its onboard AN/SPY-1 radar and onboard SM-6 missiles executed the intercept.

Tuesday, North Korea once again violated several agreements by firing a ballistic missile over our ally, Japan. President Trump responded immediately, reminding the starving hermit kingdom that, with regards to eliminating the threat of a first strike, ‘all options are on the table.’

Lt. Gen. Concluded, “We will continue developing ballistic missile defense technologies to stay ahead of the threat as it evolves.”