“In less than a year the Republican primary will give us an opportunity to make choices that will impact future generations of Tennesseans,” Ogles said in a statement. “Conservative leadership means more than making promises, it means keeping them.”

Andy Ogles is perhaps best known at the leader of the Tennessee chapter of Americans for Prosperity, a position he’s held since 2013. During his tenure as the state director, the grassroots army defeated Obamacare expansion twice, led the fight against Common Core and prevented multiple attempts to inflict so-called “Washington DC values” on Tennesseans. The volunteer organization worked to hold politicians accountable for bad votes, regardless of party affiliation. 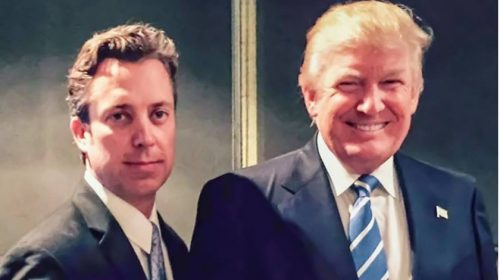 Unlike Senator Corker, who has repeatedly put himself at odds against President Trump and his policy goals, Ogles is aligning himself closely to the president’s ‘Drain the Swap’ message.

“Over the past several months it has become increasingly clear that too many of our elected officials in Washington are failing our country, failing to fulfill their promises, and failing our future,” Ogles said. “Sadly, Republicans who promised to govern as conservatives if we would just ‘give them a majority’ are letting us down the most, including our Senators from Tennessee.”

“As long as he has to rely upon career politicians more focused on preserving their own power rather than empowering the American people we will find ourselves short of where we want to be,” Ogles said of President Trump.

Republican majorities in the House and Senate have not been able to repeal and replace Obamacare, balance the budget, or cut taxes. Our nation has racked up a 20-trillion-dollar debt, any career politician who has spent more than 12 years in DC has helped create the problem. Congress now appears more focused on providing amnesty to illegals to placate so-called Dreamers while refusing to build the wall and secure the American Dream for American citizens.

Andy Ogles has been active in politics since 2003. In 2011, he worked as COO for the group now called Hope for Justice, who combat human trafficking and exploitation. In 2012, he served as the National Deputy Director for Newt Gingrich’s presidential campaign, and in the same year, worked within Tennessee to help win Republican super majorities in the State House and State Senate. According to press reports, Ogles resigned from Americans for Prosperity earlier this week.

“Details about Ogles’ upcoming statewide tour and campaign leadership and staff will be announced over the coming week,” according to his announcement statement.

To find out more about Andy Ogles and his campaign, visit http://andyogles.com.

5 Thoughts to “Andy Ogles Announces Challenge to Bob Corker for U. S. Senate”