Much to young Frank’s surprise, President Trump came out to cheer the boy on and thank him for his hard work.

The White House assembled a short highlight reel of Frank’s morning at the White House and posted it Friday via a tweet from President Trump himself:

Frank “FX” Giaccio-
On behalf of @FLOTUS Melania & myself, THANK YOU for doing a GREAT job this morning! @NatlParkService gives you an A+! pic.twitter.com/135DxuapUI 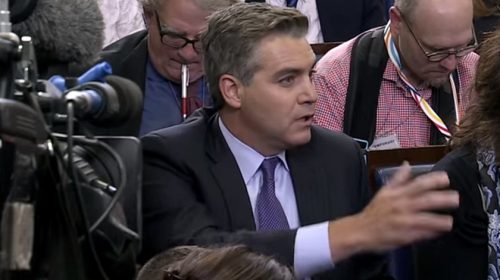 You’ll recall sparks flew when Acosta intimated there was a discriminatory element to requiring individuals seeking to enter the United States speak English, and that it would result in immigrants coming from Great Britain or Australia, Miller famously quipped, “I have to honestly say I am shocked at your statement that you think that only people from Great Britain and Australia would know English.  It’s actually — it reveals your cosmopolitan bias to a shocking degree…” 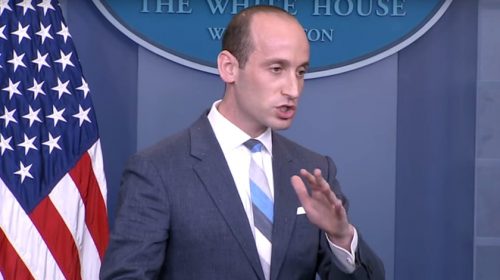 Miller, after exposing Acosta’s assertions as false, surrendered the podium back to Press Secretary Sarah Sanders, who turned her attention to following up on a promise that the White House would take time in the press briefings to recognize people from around the country that write in as ask President Trump questions.

Sanders said, “And today I wanted to read you a special letter to the President from someone who embodies the enterprising and ambitious spirit of America.”

She continued, reading a letter from Frank in Falls Church, Virginia:

Dear Mr. President, it would be my honor to mow the White House lawn for some weekend for you. Even though I’m only 10, I’d like to show the nation what young people like me are ready for.  I admire your business background and have started my own business.

I have been mowing my neighbors’ lawns for some time.  (Please see the attached flier).  Here’s a list of what I have and you are free to pick whatever you want:  power mower, push mower, and weed whacker.  I can bring extra fuel for the power mower and charged batteries for the weed whacker. 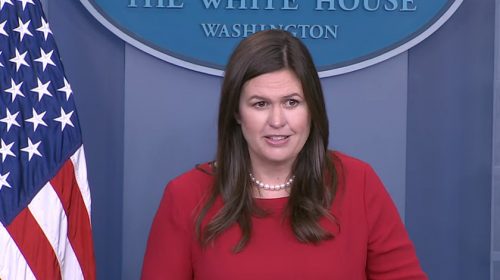 Sanders answered the youngster, “Frank, I’m happy to report back to you that I just spoke with the President and he wanted me to be sure and tell you that you’re doing a great job and keep working hard.  He also asked me — we found out when we called — to let you know that we would be reading this letter to wish you a Happy Birthday.  I think Frank went from 10 to 11 in the time that we received and were able to respond to this letter.  And he also wanted me to invite you to spend a morning here at the White House with the groundskeeper.  The groundskeeper — we’ve talked to them, and they would love to show you how the U.S. Park Service maintains the 18 acres of the White House complex.  And he’d love to give you the opportunity to cut the grass in the Rose Garden.”

“It’s our responsibility to keep the American Dream alive for kids like Frank, immigrants who are already here, and those who dream of immigrating here in the future,” she concluded.