MURFREESBORO, Tennessee — Judge Jeanine Pirro of Fox News was the star of the evening Thursday at the ninth annual T-Bones and Politics fundraiser, but people were also drawn to the event to hear from and support Republican candidates for Tennessee governor. 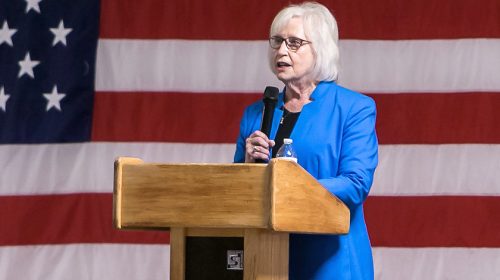 Both Beavers and Lee were warmly received by the crowd, Beavers especially, with many applauding and some rising to their feet after their speeches. Harwell and White were not greeted with as much enthusiasm. 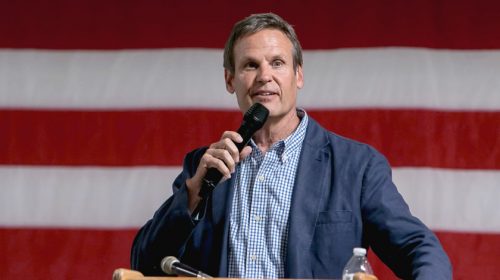 Knoxville businessman Randy Boyd and U.S. Rep. Diane Black (R-TN-6) are also in the race for the Republican nomination but did not attend Thursday’s event.

Mark Moore, a 24-year-old home builder who lives in Nashville, told The Tennessee Star he came to the event to support Beavers. He said he admires her conservative values and her consistency in promoting them. “She’s never wavered,” Moore said.

Debbie Ballard said she was looking forward to 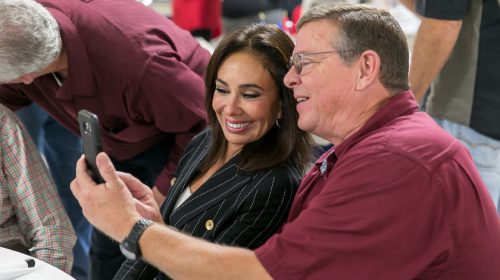 hearing from all the candidates because she is undecided. But she is leaning toward Lee because of his extensive experience in both business and agriculture. Ballard, an event planner who lives in Brentwood and has been involved in Williamson County Republican politics, said it doesn’t bother her that Lee has never held elected office. His real-world experience is what is needed at the Capitol, she said.

Joe Carr, the organizer of T-Bones and Politics, planned to hold a gubernatorial straw poll as part of Thursday’s event, but was unable to secure the ballots. Without being able to verify the results, he does not plan to release them, he told The Star Friday morning. “It’s not fair to any of the candidates to do that,” he said. 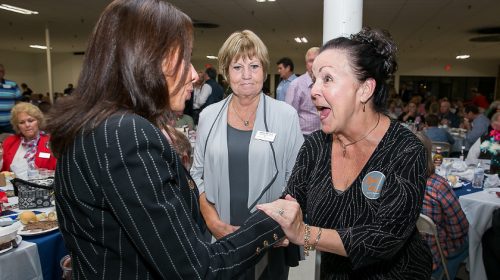 Carr, a former state representative from Lascassas, sponsors T-Bones and Politics to raise money for JoePAC, a political action committee that works to elect conservative candidates to the Tennessee General Assembly.

Drawing more than 700 people, Thursday’s event was a big success for Carr. “We had to set up additional tables,” he said on Facebook. “We also had people standing at the back.”

Pirro’s keynote speech ended with people giving her a standing ovation and lots of applause.

“This woman is a fighter and she and I became fast friends,” Carr said on Facebook. “She has promised to help me continue the fight against the feckless GOPe here in Tennessee.”

In her speech, the former judge and district attorney said weak Republicans are letting liberals in power get away with corruption. She also said the U.S. is in trouble because Americans are drifting away from Judeo-Christian values.