Tennesseans’ responses to the recent hurricanes has included the traditional measures of sending money and supplies as well as more creative efforts like providing housing for evacuees and sea turtles.

The Volunteer State lived up to its name as individuals, churches, utilities, emergency responders and others offered their support to residents of Texas, Louisiana, Georgia and Florida from hurricanes Harvey and Irma.

Metro Nashville Water Services sent 27 employees to Key West and Key Largo, the Tennessee Emergency Management Agency reported on Sept. 15. The utility has experience in restoring services after disasters, such as the 2010 Nashville flood. The utility workers will spend 11 days repairing water lines along the Florida Keys Aqueduct which serves almost 50,000 customers in the Florida Keys. The team will operate from Marathon, Florida.

“Power restoration and petroleum supplies are of significant concern, and many survivors cannot reach their homes due to debris and flooding,” Patrick Sheehan, TEMA director, said in the statement. 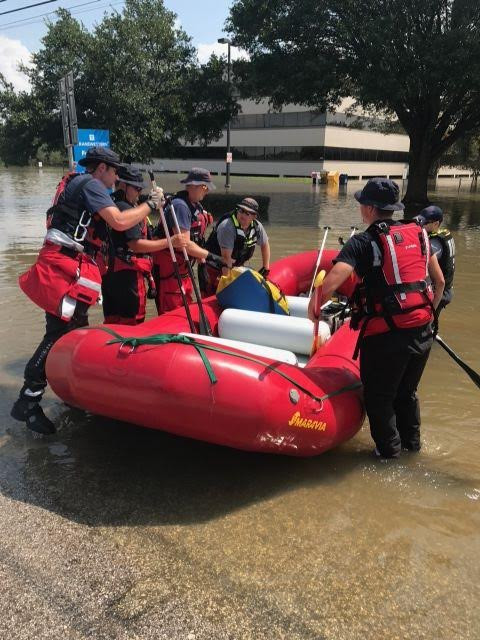 More than 90 electric cooperative lineworkers from Tennessee responded to Florida and Georgia to restore power to those affected by Hurricane Irma, the Tennessee Electric Cooperative Association reported on Sept. 12.

Temporary housing is being offered evacuees of the two hurricanes as well.

Those who fled the storm and are in Tennessee may apply for low-income housing with monthly leases, the Tennessee Housing Development Authority reported. The offer is good for any apartment complex in the state that participates in the Low Income Housing Tax Credit program established by President Ronald Reagan. The income requirement has been waived for hurricane evacuees from 18 Texas and 16 Florida counties that have been declared federal disaster areas.

More information is online at thda.org/news-media/thda-offers-help-to-harvey-victims-seeking-housing-in-tennessee.

Sea turtles and other exotic animals are being temporarily housed in Tennessee.

More than two dozen sea turtles, gopher tortoises, diamondback terrapins and other reptiles were placed at the Tennessee Aquarium in Chattanooga, the Times Free Press reported on Sept. 12.

The animals are from the Georgia Sea Turtle Center on Jekyll Island, one of the Southeast’s top marine life rehabilitation, research and education facilities. Most animals pass through the center only after they become ill or experience an injury, the Times Free Press reported. The story is online at bit.ly/2jwOMG9.