The Daily Caller reports that Christian non-profits do more than any government agency to support victims of disasters like hurricanes Harvey and Irma.

The story says that faith-based organizations provide the bulk of relief, even when compared to the Federal Emergency Management Agency, quoting a national media story. The National Voluntary Organizations Active in Disaster (NVOAD) works with FEMA to distribute resources in disaster areas and help victims find the help they need.

Seventy-five percent of NVOAD’s membership is comprised of faith-based organizations, The Daily Caller reports. The disaster coordination agency’s membership, includes notables like the Billy Graham Rapid Response Team and Convoy of Hope, plus many denominational response organizations including those for the Adventists, Disciples of Christ and Episcopalians. There are non-Christian and secular groups as well.

Such organizations have the experience and logistical infrastructure to effectively respond to disasters and work with devastated communities in the long-term.

Jake Raabe, in the Baptist Standard, speaks out against the “second disaster” created when well-intentioned people send useless items like teddy bears that overwhelm meaningful relief operations. Supply planes could not land in Honduras after Hurricane Mitch ravaged that nation in 1998 because Americans had donated so much used clothing that boxes of the supplies clogged runways. 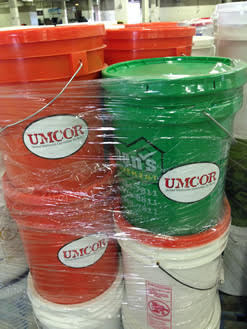 Denominational relief agencies can call upon huge national or even international memberships to quickly gather money and useful supplies. The United Methodist Church has the United Methodist Committee on Relief (UMCOR), which has been coordinating with member churches to provide cleaning supplies in large utility buckets. UMCOR has the logistical muscle to get the so-called “Flood Buckets” where they are needed.

Parachurch non-profits like Samaritan’s Purse have worldwide contacts and the know-how to quickly respond to remote areas of the globe. Its most recent work includes sending its DC-8 cargo plane to Caribbean islands like St. Martin, which was devastated by Hurricane Irma. Samaritan’s Purse reports it flew 30 tons of food to the island, where it also distributed water purification units and other supplies.

“We are taking critically needed supplies to storm survivors and coming alongside affected families,” Samaritan’s Purse President Franklin Graham said in the post. “We want to meet their physical needs while showing them the love of Christ. Please pray for all those affected by this horrific storm.”

Christian entertainers like John Tibbs, Mercy Me, TobyMac and Casting Crowns will host the “Night of Hope” concert Wednesday, Sept. 20 at Verizon Theater in Dallas. All proceeds will benefit hurricane victims in the Gulf of Mexico via Convoy of Hope, according to Tibbs’ publicist, Hoganson Media Relations.