BRENTWOOD, Tennessee – Keith and Kristyn Getty are headlining a sold-out conference at Brentwood Baptist this week designed to bring back the appeal of congregational hymn singing. 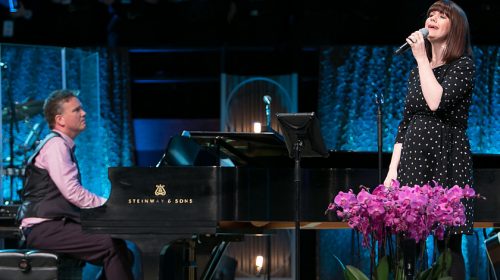 A husband and wife hymn-writing team from Northern Ireland, the Gettys have become sensations among evangelical Protestants looking for something different from the contemporary worship style that has become commonplace.

Once widely popular, hymns fell out of use as churches became “seeker-friendly” and began devising ways to draw in people unaccustomed to, or turned off by, the rhythms of traditional church life. Churches began relying on praise bands and contemporary worship songs. But now many of those songs are panned as both shallow and difficult for average churchgoers to sing, as they were penned as performance pieces.

“We need to build deep believers,” Keith Getty told the crowd of 4,500 during the opening worship service Monday afternoon. “It’s time to grow up.” 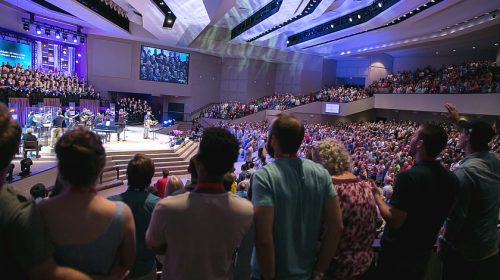 Getty said he believes congregational singing has an important role to play in maturing and strengthening the church at time when secularism is growing and nominal Christianity is destined to become a thing of the past in Western culture.

The Gettys and their fellow conference presenters are encouraging pastors, church musicians and others in attendance to draw inspiration from German Protestant reformer Martin Luther. A talented musician as well as a theologian, Luther published a hymnal to encourage congregational singing, something which there was very little of in Catholic masses celebrated in Latin.

“I have no use for cranks who despise music, because it is a gift of God,” said Luther, in words quoted at Monday’s worship service. “Next after theology I give to music the highest place and the greatest honor.”

This year marks the 500th anniversary of the Reformation that led to a break with Catholicism and the founding of Protestant denominations.

Called Sing!, this week’s conference at Brentwood Baptist runs through Wednesday morning and features other big-name Christian speakers including Joni Eareckson Tada, D.A. Carson, David Platt and Paul David Tripp. Stuart Townend, another modern hymn writer, is also at the conference. Townend, who is from England, has collaborated on songs with Keith Getty. 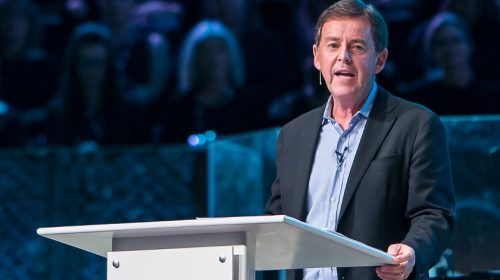 Well-known pastor Alistair Begg gave a sermon at Monday’s worship service. A native of Scotland, Begg pastors a nondenominational church near Cleveland, Ohio, and is the host of a radio show called “Truth for Life.”

Those attending the conference include men and women of all ages from all over the country. Overflow seating in other parts of the building was needed Monday to accommodate the large crowd.

Karen Li and her husband, Andrew Li, came from Rockland County, New York, for the conference. Karen Li is on the worship team at her Southern Baptist church and Andrew Li runs sound. She said she likes the Gettys’ songs because of the content.

“The lyrics are so rich and meaningful,” she said. “It’s like you’re singing Scripture.”

Ron Man of Memphis is the worship pastor at a nondenominational church in Memphis. He came to the conference to be part of the shared commitment to congregational singing. He directs the choir at his church, but said he tells choir members that the most important musical group in the church is the congregation. 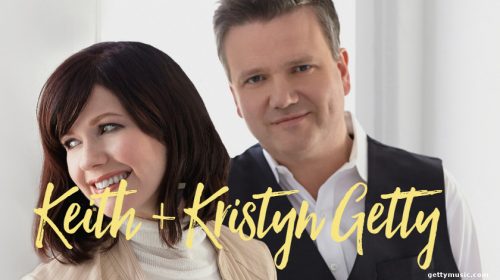 A related event with the Gettys was set to be held Monday evening at the Grand Ole Opry House.

The Gettys divide their time between Northern Ireland and a home in Nashville. They have three young children and another on the way. The couple has a new book out called “Sing! How Worship Transforms Your Life, Family, and Church.”

For more information about the conference and to watch a free simulcast, visit gettymusicworshipconference.com/#sing-home.