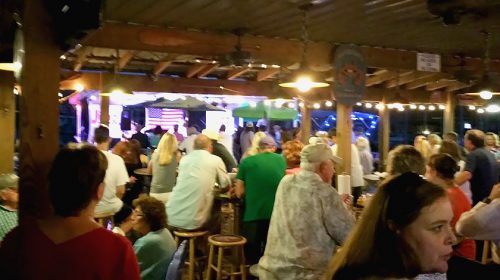 The public support of Matheny in front of the capacity crowd at the lakeside restaurant by the Country Music Association’s 2001 Artist of the Year was the second in two days by the band.

Newfield and Burns recorded a short video posted to the Judd Matheny for Congress Facebook page, extending an invitation to the event and expressing their support for Matheny, whom they referred to as “the big guy.” In the video, Newfield says that they’re doing a special acoustic show “to support our buddy, Judd Matheny.” Newfield goes on to say,

We want to get him up there in Congress where he belongs. So, we’re there supporting him and we want you all to come join us as well. 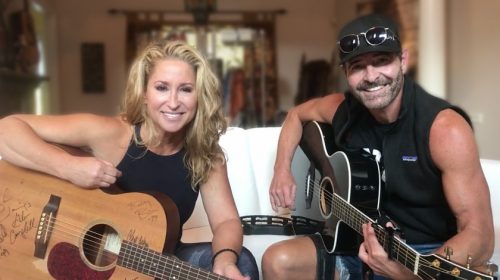 In his introduction of the band, Matheny referred to a long history of business and friendship with Trick Pony during his years as an entertainment manager and owner of a private security company, saying that 15 years later, “We’re all still friends and everybody trusts each other.  Those are strong relationships.” 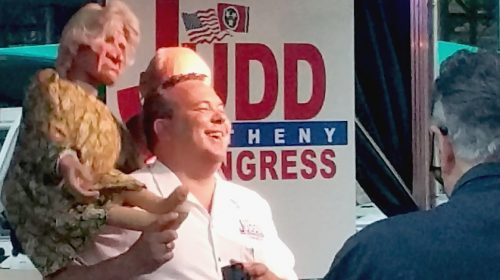 Matheny continued with a commitment, “So the bottom line is I’m going to go to Washington and I’m going to do more than my share. Guys I’m going to be a hard fighter, I promise you that.”

While asking for the financial support necessary to win a political campaign, Matheny is relying on continued hard work, “And I’ll win this race not by spending the most money, but by spending enough money and by being in enough places.” Matheny travelled 8,000 miles during his first 40 days of campaigning.

Trick Pony was on stage for nearly an hour performing, among others, their joint and solo released singles, “Pour Me,” “On A Night Like This,” “Just What I Do,” and “Johnny & June,” Newfield impressing the crowd with her signature vocals and harmonica skills.

The event kicked off with an entertaining performance by ventriloquist David Turner and Friends, which included “Harley” the motorcycle rider, “Willie Nelson,” “Johnny Cash,” and “Mainelle,” who serenaded Matheny.

Trick Pony will performing at another fund raising event in support of Judd Matheny for Congress on October 17 at the Southern Hills Golf and Country Club in Cookeville at 6 p.m.