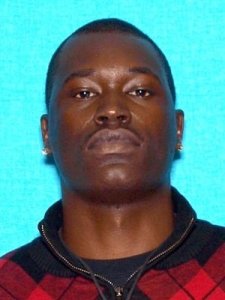 An immigrant from Sudan, Emanuel Kidega Samson, has been arrested for shooting-up the Burnette Chapel Church of Christ in Antioch, Tennessee.

One woman, identified as Melanie Smith, 39, of Smyrna, Tennessee was killed in the attack. Also shot were three men and three women, police spokesman Don Aaron said.  The church’s minister Joey Spann, 60, and his wife, Peggy, 65, were both injured in the shooting, in addition to the Spanns, police identified the victims as William Jenkins, 83, Marlene Jenkins, 84, Linda Busch, 68, Katherine Dickerson, 64 and Robert Engle, 22, an usher who heroically confronted Samson, who in the struggle shot himself.

Sudan, along with Iran, Libya, Somalia, Syria and Yemen is among the original six countries covered by President Trump’s “travel ban,” that expired on Sunday. A new ban on travel from five of those six countries, plus Chad, North Korea and Venezuela was announced Sunday evening. 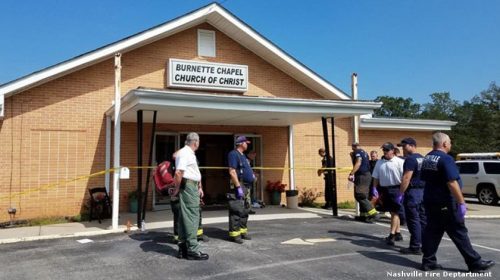 You can read the proclamation through this link.

You can read a fact sheet on the proclamation through this link.

You can read answers to frequently asked questions through this link.

Citing an attack in London earlier this month, President Trump seemed to call for an expansion of the travel ban, writing on Twitter, “The travel ban into the United States should be far larger, tougher and more specific-but stupidly, that would not be politically correct!”

However, Sudan apparently was removed from the previous travel ban list announced in President Trump’s March Executive Order. The Chicago Tribune reports senior administration officials said a review of Sudan’s cooperation with their national security concerns and information-sharing showed that it was appropriate to remove the nation from the travel ban list.

We find this rather strange given that the Department of State still has Sudan on its travel warning list. The State Department warning says:

The U.S. Department of State warns U.S. citizens not to travel to Sudan. U.S. citizens should avoid all travel to the Darfur region, Blue Nile, and Southern Kordofan states and consider carefully before planning travel to other areas of Sudan due to the risks of terrorism, armed conflict and violent crime. The U.S. Embassy’s ability to provide services outside of Khartoum is extremely limited…

Terrorist groups are active in Sudan and have stated their intent to harm Westerners and Western interests through suicide operations, bombings, shootings, and kidnappings. Violent crimes targeting Westerners, including kidnappings, armed robberies, home invasions, and carjacking occur everywhere in Sudan, but are particularly prevalent in the Darfur region.

Indeed, Sudan is so violent that the U.S. Embassy requires U.S. government personnel in Sudan to use armored vehicles for all travel, and prohibits travel outside of Khartoum without advance permission and extra security precautions.  Family members of U.S. government employees assigned to Sudan must be at least 21 years old in order to live there.

All of which begs the question, “Why do we want to import immigrants from a country so violent that crimes targeting Westerners, including kidnappings, armed robberies, home invasions, and carjacking occur everywhere?”

What’s more, it appears that immigration from Sudan is a net negative for America’s taxpayers.

A March 2016 government report from the Office of Refugee Resettlement (ORR) showed that vast numbers of Middle Eastern and African refugees in the United States, Sudan prominently among them, are on welfare.

A whopping 39.2 percent of refugees from the Middle East receive TANF—Temporary Assistance for Needy Families—cash benefits. A similarly high percentage of refugees from Africa—18.9 percent—are on TANF benefits, the chart on page 107 of the 112-page report shows.

TANF is basically a program through which the federal government—using state governments, through block granting—puts cash right in the pockets of its beneficiaries.

At this point in the investigation the police are not giving out anything that suggests a motive. Although the FBI has become involved, it is not known if this indicates a terrorism investigation. Terrorism or not, it is time to ask what is the benefit to our civilization of importing immigrants from places so violent our own government’s employees are not allowed to travel in anything other than an armored vehicle, and then turning them loose on unsuspecting Americans peacefully worshiping in their church on a Sunday morning.

Printed with permission by ConservativeHQ.com