John Rose is ramping up his campaign for Congress.

The DeKalb County Republican, who announced last month that he is running for U.S. Rep. Diane Black’s seat in the 6th Congressional District, held a campaign kick-off Saturday in Carthage, where he was endorsed by Smith County Mayor Michael Nesbitt. 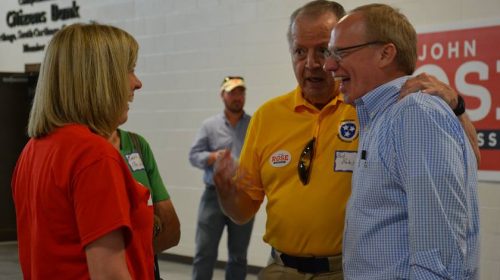 On Sunday, Rose released a statement on the national anthem protests in which he backed President Trump.

“Our flag is a symbol we all hold dear, and it is important that we Americans honor it,” Rose said. “It is also important that we respect our men and women in uniform and recognize the sacrifice that they are making for all of us. There is too much division in our country, and our flag and national anthem should be symbols that unite us, not divide us.” 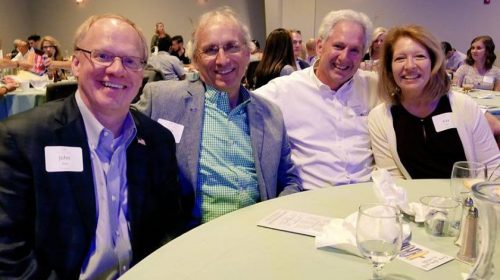 On Monday, Rose attended an Upper Cumberland Young Life banquet in Cookeville, noting on his Facebook page that he was “encouraged to see young people pursuing Christ in their lives.”

Black is giving up her seat to run for governor. State Rep. Judd Matheny (R-Tullahoma) is also in the race for the Republican nomination.

Rose is a small business owner and farmer who served as agriculture commissioner under former Republican Gov. Don Sundquist.

Rose supports the gas tax hike passed by the state legislature this past spring, while Matheny voted against it. His support for the gas tax hike is a strike against him among Tea Party conservatives.

His website shows that he favors strengthened immigration enforcement, including building a wall. He also supports Trump’s travel ban affecting those from several Muslim-majority countries.

“Defending our nation against terrorism and foreign nuclear threats is paramount,” Rose says on his website. “It is time we recognize that radical Islamic terrorism is real. These terrorists hate America and want to bring harm to our country when possible. We must be aware of the threat of terrorists entering our country with intent to build support for their anti-American cause.”

In addition, Rose supports repealing Obamacare and reducing the role of the federal government in public schools. He wants a simpler tax code and welfare reform, and is pro-life, pro-2nd Amendment and pro-Israel.

A life member of the NRA, Rose promised on Facebook Wednesday to “receive an A+ rating from the NRA as your Congressman. The right to bear arms is protected under our Constitution and I’ll make sure it stays that way.”

Rose, who was raised in Cookeville, has a bachelor’s and master’s degree in agriculture from Tennessee Tech University and Purdue University, respectively. He also earned a law degree from Vanderbilt University, though only practiced law for a short time before taking advantage of the opportunity to run his family’s farm.

In addition to farming, Rose owns Boson Software and Training, an information technology company that helps IT professionals gain skills needed in the workforce.