Now that the authorities have identified Stephen Paddock as the lone shooter in Sunday night’s horrific massacre of concert-goers in Las Vegas, the painstaking work of investigative his life begins. 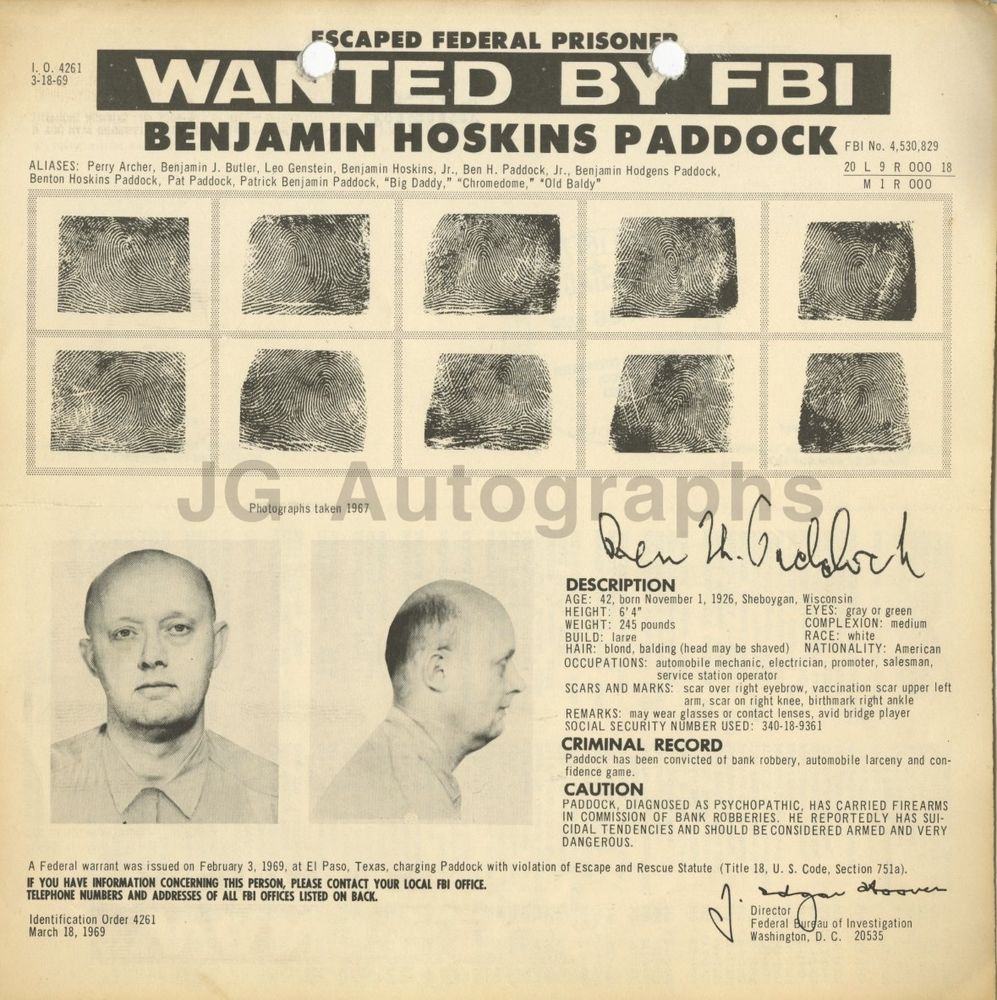 Perhaps most stunning is the report from the Daily Mail that Paddock’s father, a towering figure at 6 feet 4 inches tall and nearly 250lbs, was a notorious bank robber and con-man in the 1950s who was caught by the FBI, tried, convicted, and sentenced to a 20-year sentence at the Federal Correctional Institution at La Tuna in Texas in 1961.

After serving eight years, the elder Paddock – described as suicidal and psychopathic – escaped prison and lived on the run for a decade.

The Daily Mail wrote that young Stephen Paddock “was just seven years old and living in Arizona when his father Benjamin Paddock was nabbed by the FBI for a series of bank robberies.”

At the time, Stephen’s mother tried desperately to shield her young son and his three siblings from the devastating news that their father was living a double life as a bank robber and con-man.

When FBI agents raided young Stephen’s home in Tucson after his father’s arrest, his mother took the boy swimming nearby.

‘We’re trying to keep Steve from knowing his father is held as a bank robber,’ a neighbour told the Tucson Daily Citizen on July 29, 1960. ‘I hardly know the family, but Steve is a nice boy. It’s a terrible thing.’

Benjamin’s friends and neighbors in Arizona were said to be shocked by his secret life of crime before his 1960 arrest.

Benjamin was known around Tucson as a big-hearted garbage disposal salesman who volunteered to as a ‘special deputy’ with the local police department, according to news reports at the time.

Authorities are still searching for a motive for the mass shooting, although preliminary reports indicate he may have been an habitual gambler with serious financial issues.